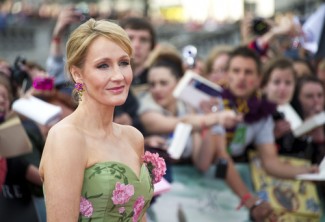 Famous as the author of the Harry Potter children’s book series, J.K. Rowling had hoped to fly under the radar when she wrote a new book, The Cuckoo’s Calling, by doing so under a pseudonym.

However, that plan failed when Chris Gossage, a partner at Russells, the London law firm representing Rowling, admittedly told a friend, who disclosed that Rowling was the new book’s author. Rowling then filed a London High Court lawsuit against Gossage and the woman who made the information public, which has now been settled, the Independent reports.

Rowling has accepted an apology from Gossage, Russells and the woman who leaked the information; payment of her legal fees; and a “substantial” donation to the Soldiers’ Charity. Rowling herself is also donating three years of profits from her new book, which became an instant best seller after its author was known, to the same charity.