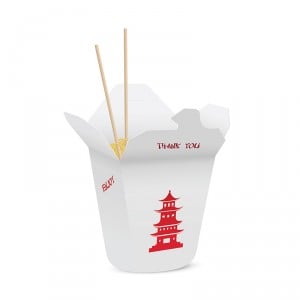 Updated: Ben Edelman hasn’t sued over a claimed $4 overcharge on a $53.35 take-out order from a mom-and-pop Chinese restaurant in the Boston suburbs last week.

But in a series of emails published by Boston.com, the Harvard Law School graduate, who currently teaches at the university’s business school, demanded not only a refund but treble damages and implied that the issue might be litigated. Later on in the war of words, he asked for a 50 percent discount on the cost of the take-out order.

Responding on behalf of Sichuan Garden, manager Ran Duan explained in the email chain that the restaurant needed to update outdated menu prices posted online, promised to do so and agreed to provide a refund of as much as half of the $53.35.

However, as the dispute escalated, Edelman said he had referred the matter to “applicable authorities” for resolution. At that point, Duan said he would wait for the authorities to rule on what he is supposed to do and then comply.

Some observers, including Above the Law and the Credit Slips blog, have questioned whether Edelman overreacted—as well as whether Edelman had correctly read Massachusetts General Law 93(a), which he cited in his emails.

Initially unrepentant, the Harvard associate business professor said in a Wednesday post on his website that he had overreacted, CNN reports.

“Having reflected on my interaction with Ran, including what I said and how I said it, it’s clear that I was very much out of line,” he wrote. “I aspire to act with great respect and humility in dealing with others, no matter what the situation. Clearly I failed to do so. I am sorry, and I intend to do better in the future. I have reached out to Ran and will apologize to him personally as well.”

However, in a Tuesday email to the Boston Globe he was still punching.

Boston Globe: “Meet the Harvard professor behind the Chinese-food dispute”

Updated on Dec. 11 to include additional comment by Edelman from CNN story.