Having grit and a growth mindset goes a long way for women lawyers, according to ABA study 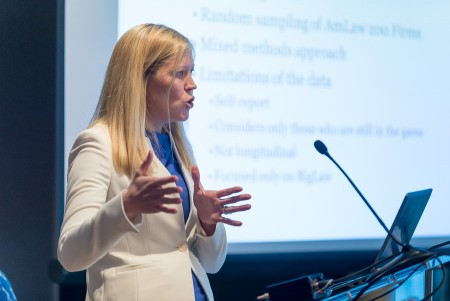 Having grit influences lawyers’ overall quality of work; the point at which in-house counsel are brought into the decision-making process; and seniority and tenure within an organization, according to a recent study by the ABA’s Commission on Women in the Profession.

The Grit Project’s study findings are expected to be published in August in a book titled Grit, the Secret to Advancement: Stories of Successful Women Lawyers. The commission hosted a program about the information on Friday at the ABA Midyear Meeting in Miami.

The Grit Project was introduced in 2014 and based on research by Milana Hogan, the chief legal recruiting and professional development officer at Sullivan & Cromwell. In 2013, Hogan discovered a statistical link between grit and successful women while she was pursuing a doctorate in education at the University of Pennsylvania, according to a press release about the program. In 2016, Hogan’s 2013 research was expanded to consider more variables and broaden the types of lawyers surveyed. 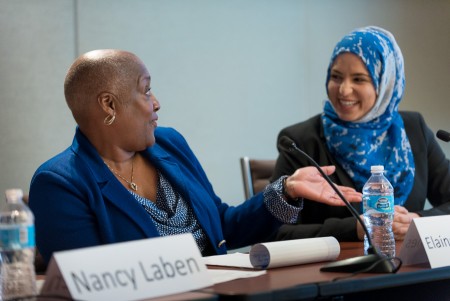 One of the myths that the program aimed to dispel was that talent alone determines success. “It’s more like Talent + Deliberate Practice + Motivation + Circumstance + Other Important Variables=Success,” according to a slide in the presentation.

Grit is defined as “behavioral persistence in the face of adversity,” and “sustained, passionate pursuit of goals,” according to study information shared at the Friday program. The study also looks at mindset, described as beliefs one has about his or herself, like “Am I smart?” or “Am I a good lawyer?” The study asserts that whether someone has a growth mindset predicts his or her seniority in an organization.

There’s a statistically significant relationship between grit, mindset and various measures of success for lawyers in all practice areas, the study found, and lawyers are “pretty gritty.” The research also shows that women attorneys tend to think that grit and growth mindset are important for success, and that while many successful lawyers show growth-mindset traits when dealing with difficult situations, there’s “significant room for improvement.” 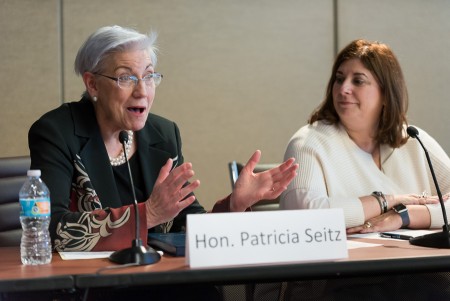