Heir can sue herself for causing accident that killed her husband, Utah appeals court says 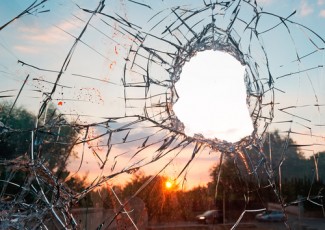 A woman who allegedly caused a car accident that killed her husband can sue herself in her capacity as heir and representative of the estate, a Utah appeals court has ruled.

The plain language of the state’s wrongful death and survival action statutes allows Barbara Bagley to sue, the Utah Court of Appeals ruled (PDF) on Feb. 12 in Bagley v. Bagley. The Salt Lake Tribune has a story.

A majority of jurisdictions bar such suits, but New York and Florida allow them, the appeals court said. But the court said its focus was on the words of the relevant statutes, which permit the suit.

In a footnote, the appeals court said the suit is not barred by the “absurd-result doctrine,” which prohibits courts from following the literal language of a statute if its plain meaning has an absurd result. There was no showing that the legislature could not have possibly intended the result, a requirement for the doctrine to apply, the court said.

But the court noted other legal issues that could affect the outcome of the litigation or future cases. They include:

–Utah’s comparative fault statute limits a plaintiff’s ability to recover when the plaintiff bears some fault for an injury or death. The issue wasn’t raised in the district court or on appeal.

Bagley’s suit had claimed she was negligent for failing to keep a proper lookout and to keep her vehicle under control in the December 2011 accident, according to the Salt Lake Tribune. Her Range Rover flipped over after she hit a sagebrush, throwing her husband from the car.

A lawyer for Bagley, Reid Tateoka, told the newspaper that Bagley had an obligation to sue to benefit the estate, which will have to pay creditors first.

At issue in the litigation was the meaning of laws permitting suits for deaths caused by the wrongful act “of another.”

The wrongful death statute reads: “When the death of a person is caused by the wrongful act or neglect of another, his heirs, or his personal representatives for the benefit of his heirs, may maintain an action for damages against the person causing the death.” The survival statute reads: “A cause of action arising out of personal injury to a person, or death caused by the wrongful act or negligence of another, does not abate upon the death of the wrongdoer or the injured person.”