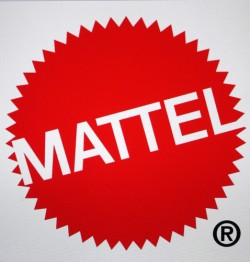 The maker of a talking “Hello Barbie” doll says the toy complies with the Children’s Online Privacy Protection Act.

To satisfy COPPA requirements, Hello Barbie users agree to create a ToyTalk account before the doll’s conversation feature is activated and its owner’s remarks are transmitted, via a built-in wifi microphone, to the cloud. Parents are notified by email that information collected via the microphone, which is used to help the doll make responsive comments, won’t be used for advertising purposes and any personal information shared by the child will be deleted, reports Courthouse News.

But that process doesn’t protect playmates whose remarks might also be recorded by Hello Barbie, two moms allege in a California lawsuit against Mattel.

Plaintiffs Ashley Archer-Hayes and Charity Johnson say the toy maker needs to develop a process for recognizing when third parties talk to the doll and obtain permission to use their comments. Plus, purchasers should be warned that the “only lawful use” of the toy is “outside the presence of nonregistered children under the age of thirteen,” the two contend.

Attorney Michael Kelly represents the plaintiffs and pointed to another potential problem. “Providing hackers, who know no bounds in their invasive activities, with potential interactive access to any child or adult who is in proximity of a doll, is a very serious matter, and dictates the very highest safeguards and warnings available,” he said in an email to Courthouse News, adding: “This lawsuit should not be mistaken for a frivolous complaint over a toy.”

The suit was filed Monday in Los Angeles Superior Court and seeks class-action status, alleging negligence, unfair competition, unjust enrichment and invasion of privacy. In addition to Mattel, ToyTalk, and Samet Privacy, doing business as the kidSAFE Seal Program, are named as defendants.

Mattel did not immediately respond to a Tuesday email from Courthouse News seeking comment. However, a ToyTalk spokesman said in an email to Courthouse News that kidSAFE certifies Hello Barbie as COPPA-compliant. He declined to comment specifically on the pending litigation.