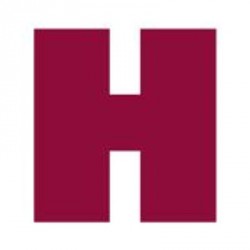 Long known as a top defense firm for insurance-coverage matters, including the defense of attorneys in legal malpractice claims, Chicago-based Hinshaw & Culbertson in more recent years has branded itself online as a “Full Service National Law Firm.”

Now, in a change of direction marked by a management shake-up, the 525-attorney firm is apparently refocusing on longtime areas of expertise and seeking to market itself as a “category killer,” according to the Am Law Daily (sub. req.).

“We want to go to those places where we’re strong, and we want to be in the top three and kill the category,” chairman Kevin Burke told the legal publication. “And that’s a change in thinking.”

At the firm’s helm for just under a year following a 26-year reign by his predecessor, Burke has now put in place a new managing partner, Chicago litigator Robert Shannon, who replaces a partner who had held the position since 1997.

Burke said he made the changes after carefully considering the firm’s reputation and finances and studying consultant materials on law firm management. In addition to marketing the firm’s strongest practice areas, he also intended to more fully involve young partners in its operation and enhance diversity, Burke said in the release.

The firm plans to move its Chicago headquarters in 2018 to a new building that is not yet constructed. There, both partners and associates will have offices that are the same size, the Am Law Daily reports.

Legal recruiter Kay Hoppe noted that it is unusual for a law firm chairman to have the power to make so many appointments without a partnership vote.

“It is an extremely efficient way to get your team so that everyone is rowing in the same direction,” she told the legal publication. “There will be chairmen and managing partners who are envious.”