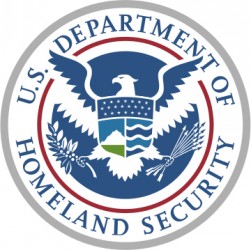 A government lawyer who admitted to forging a document making it appear that a Mexican man was ineligible for deportation relief received a one-month federal sentence Wednesday.

Jonathan Love, a former assistant chief counsel with the U.S. Department of Homeland Security, pleaded guilty to deprivation of rights under the color of law, according to the Seattle Post Intelligencer. He told the court that he didn’t know why he made the transgression, which look place approximately seven years ago.

Love, 58, prosecuted deportation cases and reportedly lied to the court about a man being voluntarily deported. The article reports that Love also doctored a document to make it appear that the man hadn’t lived in the United States for 10 years, which in some cases can make immigrants living in the United States without legal permission eligible for deportation relief.

Ignacio Lanuza had actually lived in the United States for more than a decade, according to the article, and had family members who were U.S. citizens. An appellate board reviewed Lanuza’s case and found that the court’s earlier deportation decision was based on forgery.

Lanuza has had permanent resident status since 2014. He’s filed a lawsuit against the government, and he is represented by the Northwest Immigrant Rights Project.

Love, who was a county prosecutor before joining the federal government, agreed to resign his law license and make a restitution payment of $12,000 to cover Lanuza’s legal expenses. Love is expected to surrender himself to the Bureau of Prisons authorities in the next few weeks.

“Why did I do this? If I truly knew, I would not be standing here in front of you,” Love wrote in a letter to his sentencing magistrate judge. “It was stupid and unnecessary, and the consequences of my actions have tarnished my hard work and dedication to public service for the last 30 years.”

A review of Love’s office didn’t recover any similar forgeries on other cases, Matthew Diggs, the assistant U.S. attorney prosecuting the case, told the court.