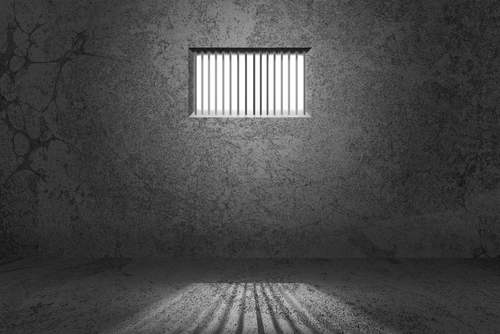 A homeless man in New Hampshire has spent 854 days in jail for mostly minor offenses over a six-year period at a cost to taxpayers of about $63,000.

A NPR reporter caught up with the 53-year-old man, Michael Treadwell, while researching how poor people are jailed for minor crimes when they can’t afford bail.

Treadwell has mental health problems, and he drinks alcohol to cope, according to his ex-wife, Sherri Treadwell. Many of his crimes stem from a combination of being homeless and drunk, the article reports.

From 2011 through 2016, Treadwell was jailed 575 days for trespass, 167 days for disorderly conduct, 79 days for vandalism, and 33 days for receiving stolen property—a jacket he was wearing. The stolen property charge was later dropped. In all, he was found guilty of 26 out of 63 charges during that time period.

A church member who tries to look after Treadwell says he needs treatment in the state mental health hospital, and she nearly made it happen. Three years ago, a judge ordered an evaluation for involuntary commitment. A psychiatrist was standing by at the hospital and the jail had Treadwell ready for departure. But the sheriff delayed transporting Treadwell, and by the time he arrived at the hospital, the psychiatrist had left, the church member said. The jail did not coordinate another visit.

The waiting list at the state mental hospital is a month long, despite a $30 million lawsuit settlement.

The article cites statistics from the Bureau of Justice Statistics that found 64 percent of all jail inmates in the country have mental health problems.