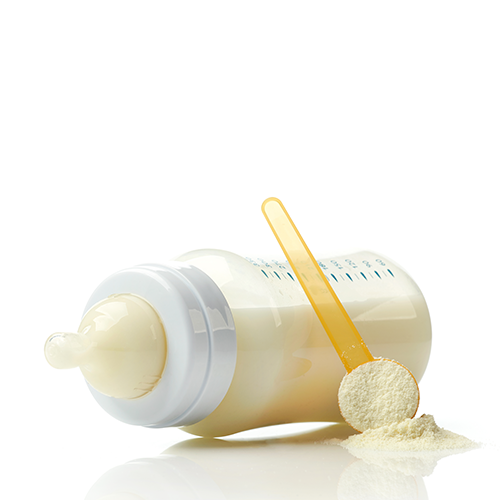 That’s the conclusion of David Enrich, the business investigations editor at the New York Times and the author of an upcoming book called Servants of the Damned: Giant Law Firms, Donald Trump and the Corruption of Justice. The New York Times published an article on the Abbott Labs litigation that was adapted from the book.

Several lawyers who worked on baby-formula cases told Enrich they weren’t aware of any baby-formula plaintiff who won at trial. Without a big verdict, the cases alleging contamination of powdered baby formula didn’t get media attention.

“Often Jones Day dukes it out with other giant law firms that are also representing enormous companies,” the article reports. “When the opposing sides shower each other in paperwork, discovery requests, venue changes and objections, it usually resembles a fair fight. But as the Abbott cases illustrate, when the resources and tactics of BigLaw are brought to bear against poor families and their overwhelmed lawyers, the results tend to be lopsided.”

Jones Day said it did nothing wrong and its only goal was to prove the baby formula was not contaminated when it was opened. Powdered formula can harbor a type of type of bacteria called Cronobacter sakazakii, but it’s difficult to prove at what point the formula becomes contaminated—in the factory or possibly in the consumer’s kitchen after it is opened.

Jones Day succeeded in getting the initial lawyers booted from the case because one of them had been in touch with an expert witness used by Abbott in a separate case. A new lawyer refiled the case, which was removed to federal court.

Abbott offered to settle for $900,000 in 2013, which didn’t cover the expenses of caring for the child. And the plaintiff didn’t want to sign an agreement to keep the settlement a secret.

In advance of trial, Jones Day lawyers said they intended to introduce evidence of a restraining order imposed against a member of the plaintiff’s family to show why the brain-damaged child may have suffered a seizure. Lawyers for Sisk objected and the evidence was not introduced.

Jones Day won at a trial that emphasized the unknown origin of the bacteria. The company succeeded in getting an order to seal information about sanitation at its Sturgis, Michigan, plant—the same one that was shut down in February following discovery of unsanitary conditions and Abbott’s voluntary baby formula recall.

One of the initial lawyers kicked off the Sisk case, Nick Stein of Indiana, “sounded a little awestruck” by Jones Day’s tactics, according to the article. “It’s a different league than we all play in,” he said. “It was brutal.”