How a gymnast-turned-lawyer helped bring Larry Nassar to justice 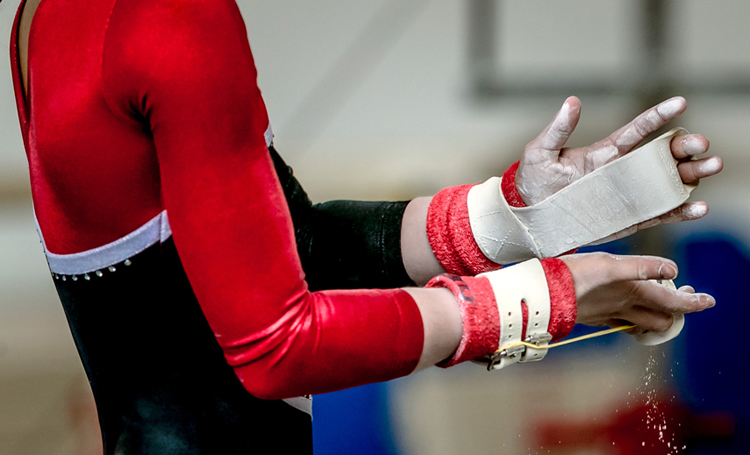 Rachael Denhollander was a lawyer and stay-at-home mom living in Kentucky when she contacted the Indianapolis Star in August 2016 and told the newspaper that Dr. Larry Nassar had sexually assaulted her in 2000 when she was a 15-year-old gymnast seeking treatment for back pain.

Denhollander was the first woman to go on the record to publicly accuse Nassar. The week after the newspaper interview, Denhollander filed a complaint with police in Michigan detailing abuse by Nassar at Michigan State University where he was a faculty member and treating doctor for university gymnasts.

He was also the team physician for USA Gymnastics.

The Star published its story in September 2016. The newspaper also spoke with a second woman who alleged abuse by Nassar, but she remained anonymous. Denhollander initially explained why she was contacting the newspaper in an email published by the Star on Wednesday.

“My hope with a story would be that it would give a voice to others who have also been victims, and encourage them to come forward as well. I know this will be a long road, if it goes anywhere at all,” she wrote.

Denhollander was the last of 156 women who gave victim impact statements before Nassar was sentenced on Wednesday to 40 to 175 years in prison. He was sentenced in Lansing, Michigan, after pleading guilty to sexually abusing seven girls while providing medical treatments for USA Gymnastics and Michigan State University. He has also pleaded guilty to molestation charges in another Michigan County, and has been sentenced 60 years in prison in a federal child pornography case.

In her initial interview with the Star, Denhollander said the abuse grew worse throughout five treatments. The doctor fondled her and penetrated her with his finger, she said. Though Denhollander’s mother was present during the treatments, Nassar had positioned himself so she could not see what he was doing.

Denhollander said she was confused and embarrassed, and figured the problem was with her. Denhollander hated the idea of eventually testifying.

In her courtroom statement and in a New York Times op-ed, Denhollander said her legal training prepared her for the legal process. When Denhollander went to police, she brought medical journals to show how pelvic therapy is supposed to be performed, medical records showing Nassar never mentioned performing such therapy, her journals from the time in question, and a record from a nurse practitioner documenting Denhollander’s disclosure of abuse in 2004.

Denhollander’s revelations took an emotional toll as she “lost every shred of privacy.” She joined a civil suit, leading a Michigan State board member to accuse her of looking for a payday.

She did have an impact, however, as more victims came forward.

“More than 200 women have now alleged abuse by Larry Nassar,” Denhollander writes for the New York Times. “Even more staggering than that number is the revelation that at least 14 coaches, trainers, psychologists or colleagues had been warned of his abuse. What is truly stomach turning is the realization that the vast majority of those victims were abused after Larry’s conduct was first reported by two teenagers to MSU’s head gymnastics coach as far back as 1997. …

“The first step toward changing the culture that lead to this atrocity is to hold enablers of abuse accountable. There is much that needs to be done legislatively, including extending or removing the statute of limitations on criminal and civil charges related to sexual assault, and strengthening mandatory reporting laws and ensuring truth in sentencing, so that dangerous offenders are not released early to damage more children.

“Most important, we need to encourage and support those brave enough to speak out against their own communities. Predators rely on community protectionism to silence victims and keep them in power. Far too often, our commitment to our political party, our religious group, our sport, our college or a prominent member of our community, causes us to choose to disbelieve or to turn away from the victim.”

Denhollander is a graduate of the Oak Brook College of Law, a Christian school with a distance-learning program. She has said she began law school at age 19; Oak Brook admits students who have completed 60 hours of undergraduate credits or who have passed required exams.

The school’s website says its vision is to train lawyers “who have the conviction, character, and competency to stand for truth and against the evil and injustice in our culture.” Denhollander is currently director of marketing and recruitment at the school, according to her LinkedIn profile. She is licensed in California but is on inactive status, bar records indicate.