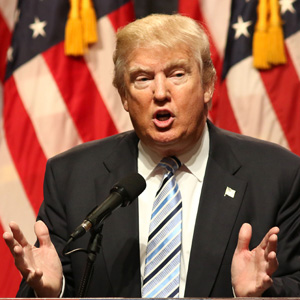 Judge Merrick Garland's Supreme Court hopes have been dashed as a result of the election returns.


Donald Trump’s victory on Tuesday means the U.S. Supreme Court will have a majority of Republican-appointed justices, report the Washington Post, the National Law Journal (sub. req.) and Bloomberg News.

ABC News spoke with Cardozo law professor Kate Shaw about what Trump’s election will mean for Garland. “Absent something wildly unexpected,” she said, “Garland will go back to being chief judge of the D.C. Circuit, and, after inauguration, Trump will nominate someone new to fill the vacancy.”

Trump has said his Supreme Court nominees will support overturning Roe v. Wade and will support the Second Amendment.

If Democrats try to filibuster a Trump Supreme Court nominee, Republicans will likely change the rules to foreclose that option, the stories point out.

The Post article points out that Kennedy has written all of the court decisions protecting gay rights, as well as a recent decision upholding the use of race in college admissions and a decision overturning a Texas law regulating abortion clinics.

There are also 52 pending federal court nominees, and the conventional wisdom says most are unlikely to win confirmation.

The GOP majority in the Senate means possible changes in the tax code and the Affordable Care Act, according to Bloomberg. The National Law Journal points out that Trump has also called for dismantling the Dodd-Frank financial reform law that created the Consumer Financial Protection Bureau. And he has opposed the Trans-Pacific Partnership trade pact and called for the renegotiation of other trade agreements.

Trump and Republicans have created “sky-high expectations for repealing Obamacare,” according to Politico, though it’s unclear what the replacement would be. Full repeal may be unlikely, the article says, because of the possibility of a Democratic filibuster.

Parts of the law may be able to be repealed, however, through “a complicated budget tool called reconciliation, which doesn’t allow a filibuster,” the Politico article says.

Trump and House Speaker Paul Ryan have indicated they favor tax credits to help people buy insurance and they would encourage Health Savings Accounts, according to the Politico story. They also back allowing insurers to sell policies across state lines.

Vice President-elect Mike Pence has said that, after repeal of the health-care law, there would be a transition period for those now covered.