How could someone confess to a crime they didn't commit? Watch 'The Confession Tapes' and see 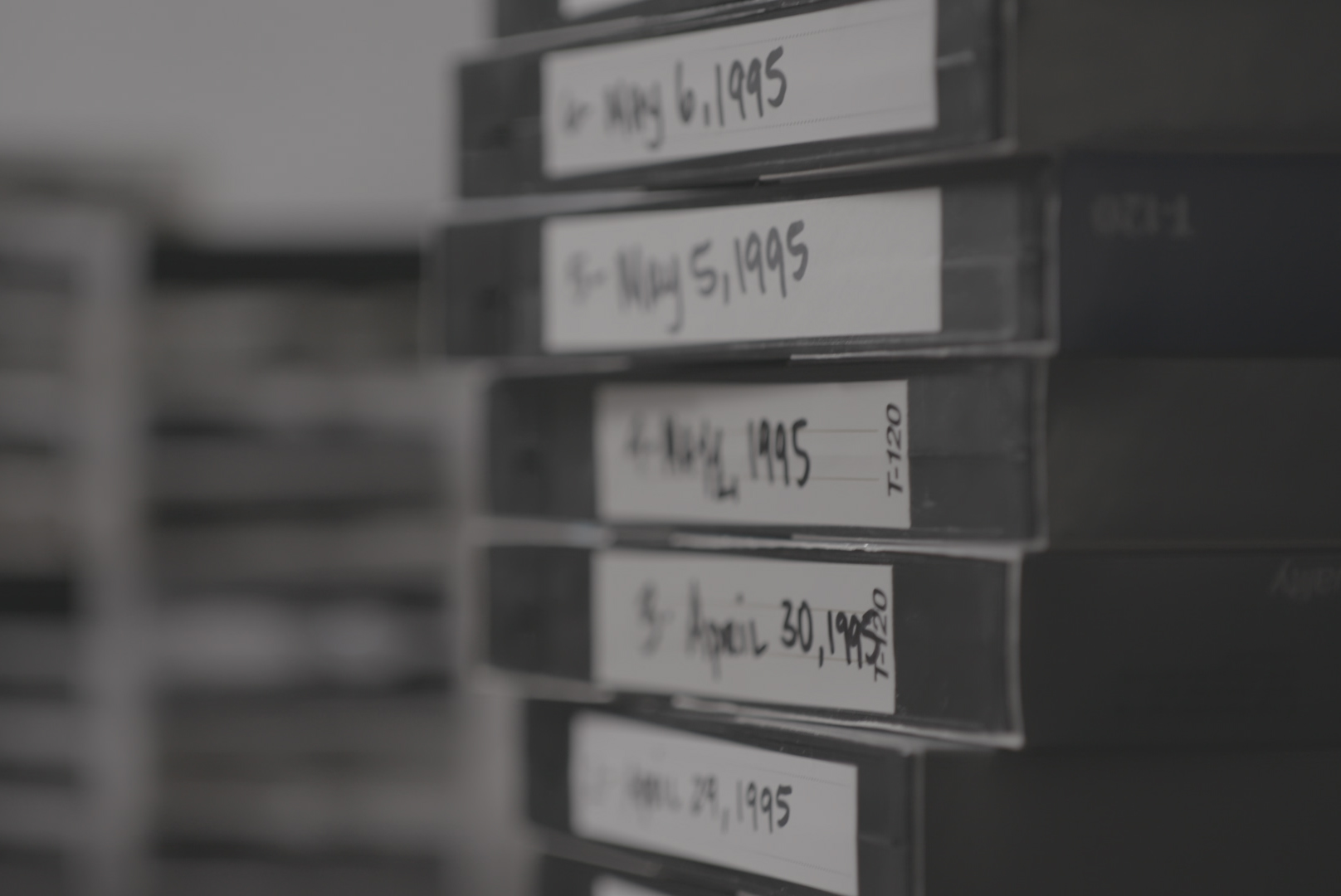 Every defense attorney has heard it more than once: “I was coerced!”

Usually the proclamation comes from a client trying their best to explain why they confessed. I’ve found that in the vast majority of my confession cases, it appears there weren’t many, if any, external pressures forcing the client to the breaking point. Sometimes people get caught and decide to fess up. Maybe it’s out of remorse. Maybe it’s out of self-preservation. Maybe it’s a chance to get the weight off one’s chest.

But I’ve also handled cases where I thought the confession was the product of coercion. Before I began practicing law, I don’t know whether I could process the idea of someone confessing to a crime they weren’t responsible for … especially when the accusations are murder, molestation, or other heinous crimes. What could make someone jeopardize their own freedom, possibly their own life, and testify to a crime they didn’t commit?

While browsing Netflix, I came back to a series I meant to watch previously. The Confession Tapes chronicles actual cases in the classic true-crime fashion. It’s distinct in that all cases it focuses on contain confessions from the suspects. The series examines these confessions and casts doubt on the idea that an admission is always accurate.

The idea might be foreign to those who don’t practice criminal defense; however, there is an entire science behind the phenomenon. I’ve dealt with false confession experts in my practice, and there is quite a bit of psychology to support the study. False confession experts look at everything from the suspects’ mental makeup to techniques employed by those conducting the interrogations.

A confession and then an exoneration? That is hard to fathom. Now, the pleading guilty part? That’s easier to digest.

Defendants plead guilty to crimes they didn’t commit all day, every day, all over the country. Most often the plea is in exchange for a lighter sentence or some other form of consideration. That’s simply part of the justice system. Deals are made in order to achieve closure for all involved. An outright, untrue confession, without some sort of consideration, is much more troubling.

A CONFESSION IS TOUGH TO BEAT

I remember a previous jury trial in which I was able to beat a confession of sorts. The client was charged with embezzlement, and he had signed a document acknowledging fault. The problem? It was a one-page document with small print, signed hastily, when my client didn’t have his reading glasses on. Go figure.

A recorded, verbal confession is another beast altogether. It’s one thing to argue around a piece of paper. It’s another thing completely to explain away your own client’s voice admitting guilt. That is a difficult proposition, and it doesn’t happen often.

We like to think we are in control of our faculties. We, as a society, are taught from day one that it’s good to tell the truth, and it’s bad to lie. It’s a principle ingrained in our collective consciousness. It allows us to operate as a community; it creates trust. It allows people and businesses to make agreements and deals. It allows the creation of friendships, unions, and other bonds. When the average person hears that someone said they committed a crime, that verbal statement will likely carry more weight than any other piece of evidence. After all, why would someone lie about something like that … against their own self-interest?

Take the series’ first two episodes, for example. Two teenagers are charged with the murder of one of the boys’ three family members. There’s little evidence to tie them to the murder scene, but they eventually confess under some very coercive circumstances (more on that later). There is nothing much in the form of direct or circumstantial evidence to tie them to the crime, and they both have fairly tight alibis. Regardless, they are both found guilty of murder based almost entirely on their confessions alone.

Contrast that with the O.J. Simpson case. He didn’t confess (at least the jury never heard about it if he did), but there seemed to be plenty of evidence tying him to the crime scene. We all know how the verdict played out. No confession. No conviction. Was it simply a product of better lawyering on the part of O.J.’s attorneys? Possibly. It’s also possible that a jury hears a confession, and it’s game over. When they don’t, there’s still a chance.

In my experience, it’s much rarer for someone to walk into a police station and confess to a crime as opposed to those who eventually confess as a result of police interrogation. Police questioning can take many forms. Most people automatically think of the “good cop/bad cop” scenario. However, there are various methods law enforcement uses to elicit information.

The “Reid Technique” is another method employed in many jurisdictions. It is a means of cornering suspects through accusations. The goal is to elicit a confession by convincing the suspects (whether true or not) that all of the evidence points their way. Law enforcement tells the suspects they are guilty – that the evidence clearly proves their guilt. It is not a question-and-answer flow. Instead, the officer explains all of the evidence pointing to guilt, then offers the suspects various justifications for committing the crime in hopes of getting them comfortable with confessing.

‘THEY TOLD ME I BLACKED OUT’

Police interrogations are not fair by any means. It’s important to remember that cops can constitutionally lie to suspects about the evidence in a case. They can tell someone that their mother ratted them out. They can lie about fingerprints being found. Under the Supreme Court case Frazier v. Cupp, law enforcement can get away with pretty much any deceptive technique available during an interrogation.

Most individuals don’t understand that law enforcement has one goal: arrests. In episode 3 of the series, police explain to the suspect that he murdered his girlfriend when he was blacked out. At this point, law enforcement is not gathering evidence. They have a suspect in their sights, and they are doing whatever they can to get a confession.

The suspect eventually confessed to the crime and even apologized to the family. He was an alcoholic, and he knew that he had blacked out before and lost his memory. The police capitalized on his issues. Law enforcement tied him to the crime with evidence found on the victim. They convinced the suspect that the evidence belonged to him. Years after his confession, DNA analysis revealed the evidence actually belonged to someone else.

Some suspects are easier targets for false confessions. That’s obvious from the situation described above. It’s also evident in episode 5 of the series, which describes how a confession and co-conspirator statements are obtained from a boy with a low IQ and learning disability. In the same vein, FalseConfessions.org states that “22 percent [of false confessors] were mentally retarded and 10 percent had a diagnosed mental illness.”

A BATTLE OF WILLS

In the seventh and final episode, the audience is privy to portions of a quasi-hypnotic interrogation in which the suspect is mentally beat down to the point of exhaustion. He is told he is not under arrest and free to leave at any time, but he stays. He tries to endure the questioning, but at the end of the day, he finally acquiesces. Even though the court rules the confession inadmissible due to the circumstances in which it was obtained, it is still released to the media. The media doesn’t directly distribute or reproduce the confession, but it makes enough waves to aid in a conviction.

Law enforcement can’t keep suspects locked up in an interrogation room forever. They can’t keep someone from getting water or using the restroom (until they are actually arrested). Regardless, police still have wide latitude to grill a suspect until they break. I’ve had plenty of clients go against my advice when it comes to speaking with authorities. Clients have argued that they just want to tell their side of the story … and it never works out in their favor.

Let The Confession Tapes be a lesson: it’s never a good idea to speak with law enforcement. Hire an attorney and keep your mouth shut. Even if you’re innocent, you have 5th and 6th Amendment protections for a reason.