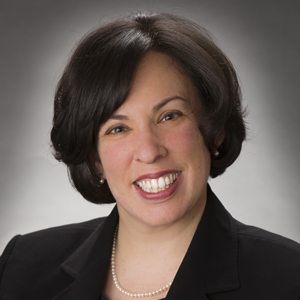 A new group called Lawyer Moms of America, formed to oppose separation of immigrant families, has quickly grown to 10,000 members, thanks to social media.

The group is planning a Day of Action on June 29, even though President Donald Trump signed an executive order Wednesday to end family separations.

Lawyer Moms says the executive order is silent on the status of more than 2,345 immigrant children who are already separated from their families, and the group is urging they be reunited. And the group is concerned about families being held indefinitely in what could amount to internment camps.

Lawyer Moms also points to an “escape clause” in the executive order allowing separation of immigrant children if remaining with families would pose a risk to their welfare. If detention facilities are substandard, housing children with parents could meet the definition of a risk to welfare. And it is unclear whether families can remain together for more than 20 days if the courts refuse to modify a settlement agreement requiring the release of children or a transfer to licensed facilities after that time period, the group says.

Lawyer Moms will focus on Congress, with plans to visit lawmakers in all 50 states on June 29 to seek a legislative fix.

The ABA Journal spoke with Natalie Roisman, a member of Lawyer Moms of America and a partner at Wilkinson Barker Knauer in Washington D.C., about how the group grew so quickly. Here are her edited remarks, provided by email:

ABA Journal: Who formed Lawyer Moms of America? When and why was it formed?

Roisman: Essentially, this is the story of how four moms in a Facebook thread grew to an organization of 10,000 in a little over a week. LMA grew out of discussions in broader “lawyer mom” networking groups, where members were horrified to discover that children were being taken from their parents at the border, sometimes without an opportunity to even say goodbye.

Tovah Kopan (of New Jersey), Erin Albanese (of Washington state), Laura Latta (also of Washington state), and Elizabeth Gray Nuñez (of Georgia) were united by an idea to “make some noise” that would be effective in pushing the federal government to change its policy. The four focused on the intersection of their professional training and commitment to uphold the Constitution with their personal lives as mothers.

They decided the group would be intentionally nonpartisan, believing that the inhumanity of this policy should transcend politics. They also wanted from the beginning to welcome supporters who are not lawyers or moms, but to keep the perspective of the group’s message focused on voices of lawyer moms. 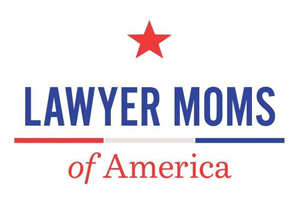 ABA Journal: How did you find so many members? How can new people join the group?

Roisman: We’ve done this largely through the power of social media. The founding four members knew from their experience in lawyer mom Facebook groups that others in those groups would jump quickly to join LMA, volunteer for leadership roles, and spread the word. Many of the lawyer moms and other members of LMA have used their broad social and professional networks to recruit others.

We also have connected with a wide range of other professional, community and faith organizations to ask them to support the effort and get the word out. Our allies include Moms Rising, Lawyers for Good Government, and Physician Moms Group. We expect a number of other allies to co-sign our letter in the days to come. The group will remain open to anyone who wants to support these efforts and, ideally, participate in the Day of Action and delivery of the open letter to members of Congress.