How lawyers can increase veterans' access to legal services 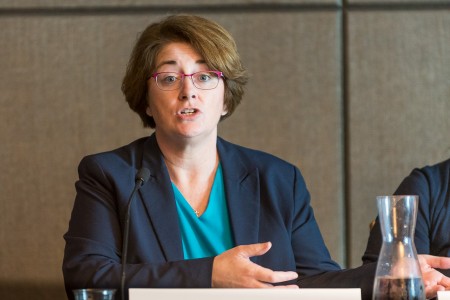 The ABA Veterans Legal Services Initiative is the ABA’s most important one this year. At the ABA Midyear Meeting in Miami, three lawyers who have been involved in developing legal services programs for former and active military personnel provided how-to guidance and tips for others interested in doing the same.

Throughout the panel discussion titled “Called to Serve: Addressing the Legal Needs of Veterans,” (PDF) urgency and need served as the backdrop. At one end are the aging vets from earlier wars, such as the Vietnam War, as well as veterans from times of no war. At the other is the large number of veterans of our now 16-year war, who likely would not have lived but for modern battlefield medicine and often need legal help to ensure they get necessary benefits.

“Veterans fought for our rights under the rule of law, and lawyers committed to advancing the rule of law, so it’s our profession’s duty to mobilize and service veterans,” ABA President Linda A. Klein of Atlanta said Saturday in introductory remarks for the presentation at the JW Marriott Marquis hotel.

The panelists—members of the Access to Legal Services Workgroup of the Veterans Legal Services Commission—were Antonia K. Fasanelli, executive director of the Homeless Persons Representation Project in Baltimore; Patricia E. Roberts, director of the Lewis B. Puller Jr. Veterans Benefits Clinic at the William & Mary Law School in Virginia; and Sara Sommarstrom, Vetlaw director with the Minnesota Assistance Council for Veterans. 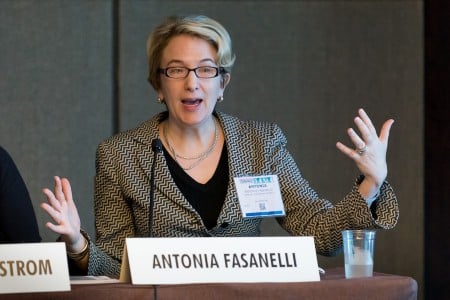 Their discussion ranged from nuts-and-bolts details of funding to developing cultural competence for dealing personally with veterans who might not be easy to deal with.

A significant measure in increasing access to legal help for veterans is the development of legal clinics at or near VA medical centers. Another significant measure is the formation of medical-legal partnerships with VA facilities, medical schools, hospitals and other health care organizations in which, for example, a lawyer might work directly with medical teams and help determine the role of a veteran’s legal problems in his or her health.

When the group met last August to begin work on Klein’s signature project, the first goal was to have a civil legal aid clinic in every VA medical center because a lot of veterans go to them. “I guarantee that almost all of them have a legal need, whether they know it or not,” Roberts said.

Fasanelli said that her clinic launched in 2008 in response to a daunting fact: Maryland had a higher number of homeless veterans that the states surrounding it. And she said the Baltimore VA claims office was the slowest in the country at processing benefits applications. The clinic began with a law firm that paid to train pro bono lawyers in handling veterans’ matters, and then a $5,000 ABA Enterprise Fund grant enabled the creation of a statewide conference on veterans legal assistance that first took place in 2009 and continues to do so. 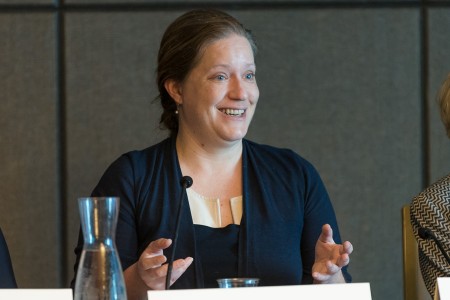 It doesn’t take a lot of money to begin getting a return on investment, Fasanelli said, providing details: $1 donated to the program yields $2 in volunteer time and almost $4 to each vet in benefits claims.

“Talk to your state bar association” about seed money, Fasanelli said. “They are wonderful partners.”

Developing rural programs presents different difficulties, Sommarstrom said, noting that a higher percentage of enlistees in today’s all-volunteer military come from rural areas, and other veterans in those areas are aging quickly as a group.

It is important to partner with locals who know the community, she said. She herself started out very simply: by traveling to Minnesota with a box of forms and a printer.

Roberts noted that in 2008, approximately a half-dozen clinics focused on veterans and active military personnel, and that now there are more than 50 programs and clinics in 31 states and the District of Columbia. The clinics not only help veterans, but they help students build careers by distinguishing themselves, getting real-world experience in practicing law, and getting better training with transferrable skills. “They want to be practice-ready when they get out,” she said.