How to shut down office gossip when it's about you 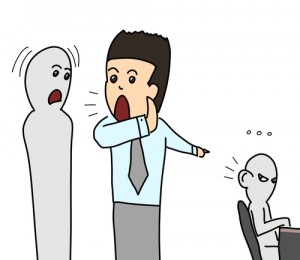 Office gossip may seem like harmless chitchat until you become the subject of talk.

The right approach to dealing with the gossip will vary based on the situation, experts tell the Wall Street Journal (sub. req.). If the person spreading rumors doesn’t have credibility with co-workers, or the talk is innocuous, it may be best to ignore it.

But it is best to respond to talk that can harm your reputation or make it difficult for you to do your job, the story says.

Don’t put people on the defensive, advises Dana Brownlee, president of Professionalism Matters. Don’t even use the word “gossip,” Brownlee says. The wrong approach would be to say, “I heard you were spreading gossip that I’m having an affair with the boss.” Instead, try this: “I know Bob and I have been working really late on this project, doing lunches and spending more time together. It hit me the other day that people might start thinking there is something going on with us. I certainly don’t think you’d think anything like that. I just want to make it explicitly clear, that could not be farther from the truth.”

Workplace mediation consultant Kelly Drake tried another tack when an employee was spreading rumors about the cause of her divorce. Drake called the person into her office, said she knew about the rumors, and then asked for his help. “I’d appreciate it if you could be an advocate, to help shut this down,” she said.