How will Trump's new travel ban order hold up in court? 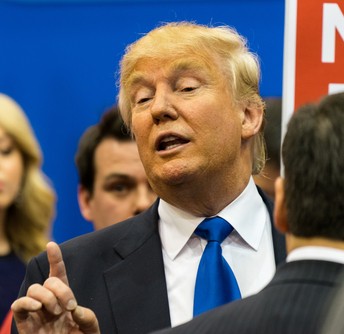 Updated: President Donald Trump's revised executive order for a travel ban both narrowed and focused its approach enough that some legal experts say it will better withstand court challenges, though opponents are not convinced they won’t prevail, Reuters reports.

The reworked travel ban, which applies to six Muslim-majority nations, no longer prohibits entry by legal U.S. residents, current visa holders, or some other travelers, such as diplomats or businesspeople.

The new executive order has an expansive list of waivers exempting people and permitting their entry into the U.S., such as travelers who previously had been here for work or school; those wanting to visit or live with close relatives who otherwise would face hardship; infants, young children, adoptees or those needing medical care; employees of the U.S. government and international organizations.

Those changes greatly diminish the number of possible challengers who might have standing to sue.

“They dotted their ‘i’s’ and crossed their ‘t’s’ in trying to anticipate what litigation might result,” says Stephen Yale-Loehr, who teaches immigration law Cornell Law School. He did not rule out the possibility of qualified plaintiffs, such as a U.S. citizen whose spouse is arbitrarily denied a waiver.

In a filing in the Seattle federal court Monday, the U.S. Justice Department said the order now applies “only to those who are overseas and without a visa.” Those foreign nationals don’t have the same Constitutional protections as people already in the U.S., legal experts said.

In that report, Harrison “Buzz” Frahn of Simpson Thacher & Bartlett, who has followed the cases, said the first order “was rushed and I’ve heard it described as a sitting duck,” while the new one “maybe takes some more careful aiming,” Law.com reports.

“The new executive order is resulting in the establishment of religion in the state of Hawaii contrary to its state constitution; it is inflicting immediate damage to Hawaii’s economy, educational institutions and tourism industry; and it is subjecting a portion of the state’s citizens to second-class treatment and discrimination, while denying all Hawaii residents the benefits of an inclusive and pluralistic society,” the motion (PDF) reads.

On Thursday it was reported that Bob Ferguson, attorney general for Washington state is asking a federal judge to apply the temporary restraining order that halted the first travel ban order to Monday’s order.

“Yes, the revised one is more narrow … But the core constitutional problems remain the same,” Ferguson told NPR.

Meanwhile, attorneys general for Massachusetts, New York and Oregon all announced Thursday they would formally join the legal challenge to the ban mounted by Minnesota and Washington state.

The new order, as part of its justification for national security reasons, notes two incidents in which foreign refugees later were convicted of terrorism-related crimes: two Iraqis received lengthy prison sentences in 2013, and a Somali was sentenced to 30 years in prison over a bombing plot at a Christmas tree lighting ceremony in Portland, Oregon.

Those refugees became radicalized while in the U.S., Frahn points out. “They’ve had six weeks since the original order came out to collect and collate data and all the alleged instances that could justify this, and this is the best they could come up with.”

But Rosemary Jenks, the director of government relations at NumbersUSA, a conservative group that favors limiting immigration, says that the revised order leaves the state of Washington with less persuasive plaintiffs: foreign nationals who haven’t been screened, vetted or processed by the U.S., Reuters reports.

“That would be a pretty big stretch,” says Jenks.

Opponents say they still have a strong argument that the order targets members of a specific religion because they have Muslim majorities: Iran, Libya, Somalia, Sudan, Syria and Yemen. (Iraq was dropped.)

“That evidence is baked in; you can’t change the past,” Stephen Logomsky told Reuters. He was chief counsel at the U.S. Citizenship and Immigration Services in the Obama Administration and noted that Trump said early on that he wanted a ban on Muslims entering the country. But still, Logomsky said of coming legal challenges to the order, “It’s not a slam dunk.”

When the 9th Circuit in February upheld a nationwide injunction against the travel ban, it did not rule on the question of discrimination against religious beliefs, but said that the plaintiffs “raise serious allegations and present significant constitutional questions” about the intent.

Last updated March 13 to note other states joining the legal challenge to the ban.