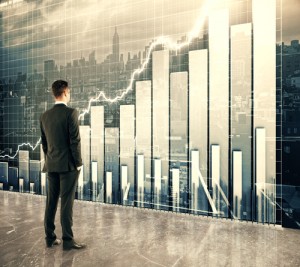 But average revenue per lawyer among firms in the Global 100 declined 2.1 percent to about $813,000, a drop that is partly due to the “Dentons effect,” Bloomberg Big Law Business reports, referring to the term used by American Lawyer editor in chief Kim Kleman.

Dentons merged last year with the Chinese law firm Dacheng, a firm with about 4,000 lawyers that has significantly lower revenue per lawyer than the rest of Dentons. If Dentons were excluded from the Global 100, average revenue per lawyer in this group would have increased 0.2 percent to about $841,000.

“It makes sense that a significant change in the metrics of one giant firm, as we saw with Dentons this year, can affect the entire Global 100 list,” Kleman told Bloomberg in an email. “It’s obviously important to tell readers the why behind this year’s numbers, and that’s why we called out ‘the Dentons effect.’”

In a statement to Bloomberg, Dentons said that averages “often disguise meaningful information, not provide it.” Focusing on global averages “reveals virtually nothing regarding the legal profession, the quality of a firm or its success. The wide variance in economic standards across the multiple regions served by a global law firm makes such global averages meaningless. …

“Dentons continues to measure its success through the integration, growth and innovation initiatives that enhance our service offerings to clients, not the pursuit of irrelevant metrics.”

The law firm with the most impressive gains in the Global 100 was Wachtell, Lipton, Rosen & Katz, which increased its net income, revenue per lawyer and profits per partner by more than 20 percent each, according to the American Lawyer. Wachtell also had an 18 percent increase in gross revenue, which “was comfortably the highest of any firm that didn’t merge during the 2015 fiscal year,” according to the article.

Wachtell’s $6.6 million profits per partner is the highest among the Global 100, by more than $2 million.

Previous:
Employers can no longer require California worker disputes to be governed by other state laws

Next:
You can't always rely on physician testimony in malpractice cases, says doc who admits he lied