‘Humiliated and ashamed’ Paul Manafort sentenced to 47 months in prison 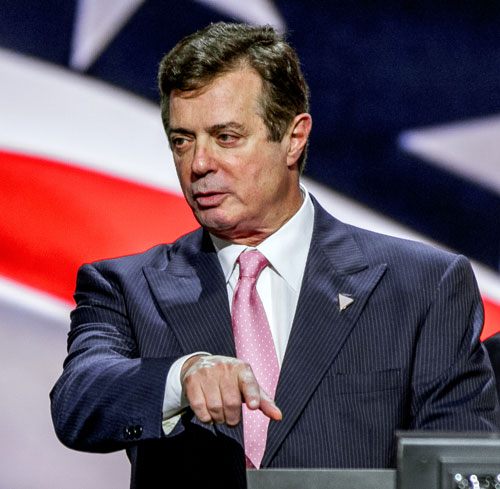 Paul Manafort appeared at the Republican National Convention in July 2016 in his role as then-candidate Donald Trump’s campaign manager. Image from Shutterstock.

Judge T.S. Ellis of the Eastern District of Virginia did not sentence Manafort to the 19 to 24 years recommended by the sentencing guidelines. Ellis said his sentence was in line with the sentences handed down to others convicted of the same crimes, and that Manafort, 69, has “lived an otherwise blameless life.” He also gave Manafort credit for the nine months he’s already served, CNN says.

Manafort, for his part, gave a statement before sentencing asking for compassion and acknowledging that his own actions brought him there.

“The last two years have been the most difficult years for my family and I,” Manafort reportedly said. “To say that I feel humiliated and ashamed would be a gross understatement.”

Manafort was not convicted of any behavior related to his role in Trump’s 2016 campaign, although that was the original reason he came to the attention of Special Counsel Robert Mueller’s team, which is investigating “any links and/or coordination” between Russia and the Trump campaign. Rather, investigators discovered that Manafort had lied to banks in order to get loans he couldn’t pay back, after his work as a consultant to and lobbyist for Russian-aligned Ukranian politicians dried up. He also filed false tax returns in order to hide assets, a jury found last August.

In arguing for a longer sentence and larger fine, prosecutors had noted that Manafort lied to them and still had about $4 million in assets, even after the government seized some of his properties. Prosecutor Uzo Asonye also said Manafort never gave detailed financial information to probation officers trying to calculate his wealth.

But Manafort’s private defense lawyers said it was difficult for him to offer financial information while incarcerated, and that he already owes up to $24 million in restitution and has forfeited $15 million in assets. They also argued in their sentencing memo that Manafort would not have been prosecuted if not for his five-month involvement with the Trump campaign. And they said that while Manafort was “relatively healthy” before sentencing, he now suffers from gout and needs a cane to walk. He arrived in court in a wheelchair, although CNN says he stood for the judge’s entrance.

Manafort was jailed before trial because the judge in another, related case determined that he and an associate had tried to tamper with witnesses. In that matter, he ultimately pleaded guilty to conspiring to act as an unregistered foreign agent in a D.C. district court. Sentencing in that case is scheduled for next week, when Manafort could get up to 10 more years in prison. CNN notes that the judge in that case, U.S. District Judge Amy Berman Jackson, may decide Manafort breached his plea deal by lying to prosecutors and the grand jury.

Ellis, the judge at Thursday’s sentencing, attracted media attention during Manafort’s August 2018 trial when he repeatedly interrupted to comment on the proceedings and told prosecutors to “rein in your facial expressions.” Prosecutor Greg Andres of the special counsel’s office pushed back at some of this behavior.

Previous:
Can judges and law clerks participate in educational seminars? Partisanship is a factor, opinion says

Next:
In ruling with 'sweeping implications,' 9th Circuit rules asylum-seeker is entitled to habeas review