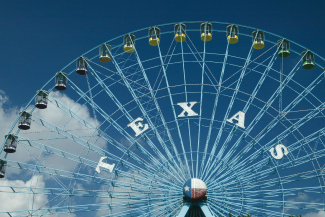 Some 250 fellow attorneys are backing a Texas law professor in his unusual effort to overturn a one-year suspension that, supporters say, will have the effect of depriving pro bono clients of skilled appellate work in death-penalty cases.

David Dow, who teaches at the University of Houston, was held in contempt by the Texas Court of Criminal Appeals for making a late filing in a death-penalty case. Noting that this was not his first late filing, the CCA in January suspended him for one year, according to the Houston Chronicle and Slate. An earlier Texas Lawyer (sub. req.) story provides additional details.

In a petition to the Texas Supreme Court filed on March 16, lawyers for Dow argue that the one-year suspension is an unlawful and excessive penalty and say it will have a chilling effect on others who represent inmates in death-penalty appeals. They seek a court order overturning the suspension or requiring the CCA to withdraw it.

Two days later, the Texas Criminal Defense Lawyers Association filed a supporting brief. Signed by some 250 attorneys, it says Dow actually complied with the deadline set by the express language of the applicable CCA rule, concerning the claimed late filing in Oct. 2014. However, the group says, the CCA interpreted the rule differently than its express language states, the Chronicle reports.

At issue is the appeal of Miguel Angel Paredes, who was executed on Oct. 28, 2014. The appeal was filed Oct. 21, 2014 but it was hours late under the CCA rule, as the CCA interprets it, the articles explain.

“The rule that Professor Dow is alleged to have broken was at best ambiguous,” said Robert Owen. Now a law professor at Northwestern University in Chicago, he formerly worked for the capital punishment clinic at the University of Texas.

Dow’s petition also refers to a history of contention between himself and Judge Sharon Keller, who serves as the president judge of the CCA.

In 2007, a late filing involving Dow led to a highly publicized disciplinary case against Keller, who was accused of acting unreasonably by refusing to accept an appeal 20 minutes after the courthouse doors closed. Later that evening, the appellant in the case was executed.

The CCA found that Dow had missed a filing deadline in 2009 regarding another capital case and warned him that he faced sanctions if this happened again. Justia provides a copy of the court order.