Husch Blackwell's next CEO is a nonlawyer 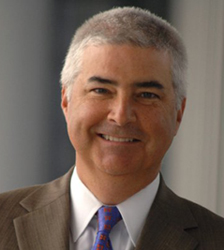 Paul Eberle, a nonlawyer, is slated to become CEO of Husch Blackwell in February.

Eberle was one of the first nonlawyers to lead a law firm when he took on the role at Whyte Hirschboeck Dudek in 2009. After a merger last year, Eberle became deputy CEO at Husch Blackwell.

Another early nonlawyer CEO was Scott Green of Pepper Hamilton, who took over the role in 2012, the Philadelphia Business Journal reported. After he left that firm, he became chief operating and financial officer at Hogan Lovells, according to his LinkedIn profile and a law firm press release.

In Texas, the state bar’s ethics committee issued an ethics opinion in 2014 that said law firms operating in the state can’t use titles such as “chief executive officer” for nonlawyer managers because the word “officer” implies the person has the power of control over lawyers.