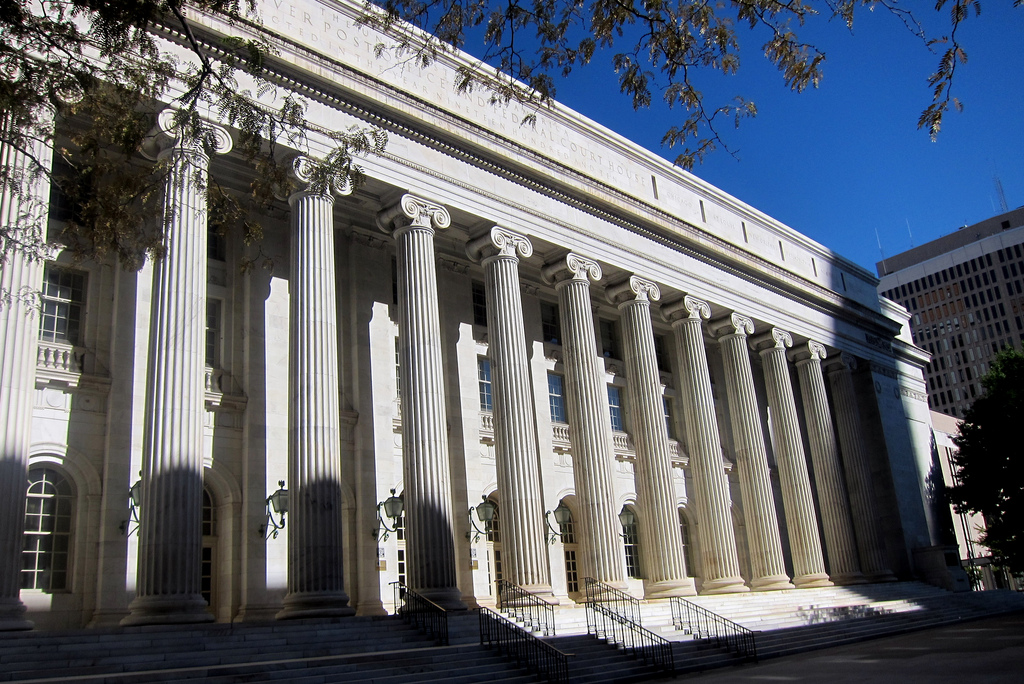 The Denver-based 10th U.S. Circuit Court of Appeals on Friday upheld class certification for immigrants who say they were forced to clean their detention facility for free under threat of punishment.

According to Law360 and the Denver Post, the court also upheld class certification for participants in the Voluntary Work Program, who were paid $1 a day for jobs like cooking, doing laundry and buffing floors.

The detainees were held at an Aurora, Colorado immigrant detention facility run by private prison contractor the Geo Group. Their lawsuit alleges that the forced-labor class of about 62,000 was threatened with punishment, including solitary confinement, for refusing to clean the facility for free. That violates the federal Trafficking Victims Protection Act, a law against human trafficking, they allege.

The other class is about 2,000 people who say they were paid $1 a day for maintenance work, at a time when they had no freedom to leave the facility or find another job. Because the Geo Group would otherwise have had to pay someone at least the Colorado minimum wage to do those jobs, they say this amounted to unjust enrichment.

The 10th Circuit agreed in its Feb. 9 ruling, saying all of the forced-labor class should try their claims together because each was subject to the same Geo Group sanitation policy. The people in the unjust-enrichment class were also subject to the same policy.

The Geo Group had argued in court that the class didn’t make sense because each member would have to show what individualized circumstances forced them to provide free or nearly free labor. The 10th Circuit disagreed, saying “the claims of all the class members … share the same theory: that Geo knowingly obtained class members’ labor by means of the sanitation policy, which threatened—or was intended to cause them to believe they would suffer—serious harm or physical restraint if they did not fulfill their cleaning assignments.”

A statement from Outten & Golden, one of the law firms representing detainees, said the ruling allows detainees “to challenge long-standing practices that have allowed GEO to exploit detainee labor while pocketing taxpayer dollars.”

A spokesperson for the Geo Group told Law360 that voluntary work programs are directed by the federal government and governed by federal law, and that Geo’s facilities “provide high-quality services in safe, secure, and humane residential environments.”

The classes were certified by a Colorado district court in March of 2017, giving rise to the appeal. Its underlying claims have not been adjudicated.

Law360 says the case has given rise to a similar case alleging wage theft and forced labor at California’s Adelanto Detention Center, which is also run by the Geo Group.