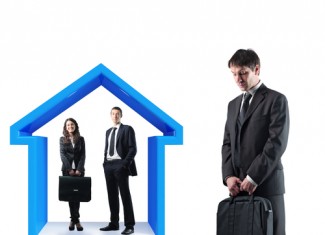 Bleak employment numbers are one way to measure the misery of law graduates. Another way: Determine the percentage of grads who make so little money in relation to their law school debt that home ownership is out of the question.

University of St. Thomas law professor Jerry Organ has crunched the numbers. His finding: 53.5 percent of class of 2011 law grads have “less than marginal financial viability”—meaning they can’t afford to buy a modest home. The Wall Street Journal Law Blog covers the findings, contained in a paper by Organ to be published in the Washington University Journal of Law and Policy.

Organ used <a href=”http://www.abajournal.com/magazine/article/task_force_collects_ideas_on_legal_education_reform/” title= a formula”> a formula developed by University of Louisville law professor Jim Chen, who says that law grads need an annual salary equal to two-thirds of their law school debt to reach marginal financial viability. Organ’s analysis took into account scholarships, but not undergrad debt. He also assumed that the entire tuition, but not living costs, was financed with borrowing.

The statistics don’t take into account “an unfortunate reality,” Organ says. At many law schools, marginal students pay more in tuition to reduce tuition for those receiving scholarships, and for them the financial proposition may be worse. Nor do the statistics highlight regional differences. Legal education in California, Illinois, Massachusetts, and New York is very expensive, relatively speaking, he says, while law school is fairly affordable in Arkansas, Kansas, Kentucky, Missouri, North Dakota, South Dakota, and Tennessee.

“This analysis demonstrates that generally speaking, legal education is significantly less affordable than it was in the mid-1980s for students across all types of law schools,” Organ writes. “But more specifically, the affordability of legal education depends significantly on where one chooses to go to law school and whether one has a scholarship.”