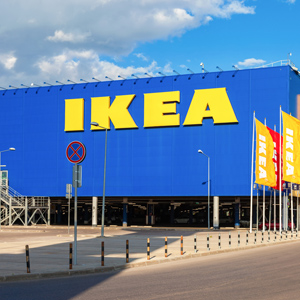 The parents of three toddlers crushed by Ikea dressers have settled their wrongful-death cases with the Swedish furniture company for $50 million.

Ikea knew that the dressers, which were its Malm model, posed a danger, plaintiffs allege. Feldman Shepherd Wohlgelernter Tanner Weinstock Dodig LLP in Philadelphia was the firm which represented the families. Alan Feldman, a co-managing shareholder with the firm, previously told the Washington Post that confidential documents from the company “100 percent” gave leverage for the settlement.

Parties were in mediation for two days before the settlement was reached, the Philadelphia Inquirer reports. Lawyers told the newspaper that $50 million may be the highest settlement ever for wrongful-death cases involving children. The $50 million will be split between the three families, and Ikea will donate $250,000 more to several hospitals and a child-safety nonprofit organization, Shane’s Foundation. The lawsuit was filed in Philadelphia Common Pleas Court.

Two other lawsuits involving 3-year-old girls who were killed after Ikea dressers fell on them settled in 2008 and 2009.

The company recalled its Malm dressers, and others that didn’t meet safety and stability standards, in June 2016, according to a press release from the plaintiffs. A total of 29 million dressers were recalled.