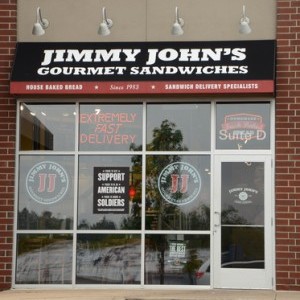 The suit filed on Wednesday in Cook County says it is intended to prevent the sandwich chain from continuing to require the noncompete agreements and to ensure the employees know they are unenforceable. The News-Gazette and WLS have stories, while a press release links to the suit (PDF).

The Jimmy John’s agreement barred employees from working during their employment and for two years afterward at nearby businesses that get more than 10 percent of their revenue from sales of from “submarine, hero-type, deli-style, pita, and/or wrapped or rolled sandwiches.” One version of the agreement bars employment at such restaurants within three miles of any Jimmy John’s, while the other has a geographic limit of two miles.

The company initially said it had discontinued the noncompete agreements in April 2015, but later amended its response to say the change was never implemented, according to the lawsuit.

Illinois law requires noncompete agreements to be premised on a legitimate business interest and narrowly tailored in terms of time, activity and place, according to a press release. The suit seeks a declaratory judgment that the agreements are unenforceable and void.

Jimmy John’s corporate office sent a statement to the News-Gazette and WLS expressing disappointment in the lawsuit,

“We also told the attorney general that the agreements had been removed from new-hire paperwork and taken out of use long before their inquiry began. When we learned that, through an administrative error, certain company stores were using outdated, pre-printed paperwork, we immediately corrected the error and voluntarily informed the attorney general. We remain committed to resuming productive discussions with the attorney general.”