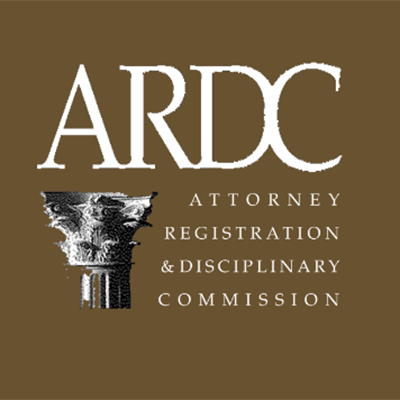 Update: An Illinois Supreme Court administrative agency is taking comments on the concept that lawyers be allowed to participate in for-profit referral services.

The Illinois Attorney Registration & Disciplinary Commission survey cites a state appeals-court finding that fee sharing with a local bar association was a "positive force" in improving access to justice.

“For-profit referral and matching services could provide similar benefits to individuals seeking legal help and they could help increase access to the legal marketplace,” the report says. “Accordingly, prohibiting lawyers from participating in or sharing fees with for-profit services that refer clients to or match clients with participating lawyers is not a viable approach, because the prohibition would perpetuate the lack of access to the legal marketplace.”

Released May 30, the survey outlines three barriers to lawyer access: the cost of legal help, uneven distribution and underemployment of attorneys and the legal profession’s resistance to change.

In Illinois, the staff report says, “the gap in accessing the legal marketplace is increasingly a problem for modest means and middle class families.” The report references a 2015 study that found that 93 of Illinois’ 102 counties “reported that more than half of their civil cases had at least one self-represented litigant.”

Looking at alternatives to the status quo, the study mentions to Oregon State Bar and Chicago Bar Foundation recommendations that would amend ABA Model Rule 5.4, Professional Independence of a Lawyer, to provide a “safe harbor” for attorneys using for-profit referrals. However, the report considers going a step further and creating “a dual approach by regulating lawyer participation as well as lawyer-client matching services.”

Such an approach, the report argued, “would better protect clients, cultivate attorney-client transactions, and maintain the integrity of the legal profession.”

“As the commission recognizes, access to law is a significant problem,” says Kenneth Friedman, vice president of legal & government affairs and managing counsel at LegalZoom. “It notes that the majority of even moderate-income individuals do not receive the legal help they need.”

In an emailed statement, Friedman says that “LegalZoom applauds any discussion around how to solve the justice gap, and encourages everyone to join us in this discussion, including lawyers, government officials, and consumers in need. Increasing everyone’s access to affordable legal protections is vital.”

Similarly, Rocket Lawyer CEO Charley Moore says in a statement that the company applauds “all efforts to increase access to affordable attorneys and digital services to help the millions of Americans who are priced out of justice today.”

If such changes were approved, it would put Illinois in a small group of states allowing for-profit referral services. The report notes that only California, Florida, Georgia and Tennessee “seem to permit” these services. North Carolina is studying proposed amendments to Rule 5.4 that would allow for-profit legal referrals.

The report from Illinois will be open for comment through Aug. 31. Comments can be emailed to [email protected].

Updated on June 12 to clarify that the Illinois ARDC is presenting this information for comment and not recommending that the state take action.