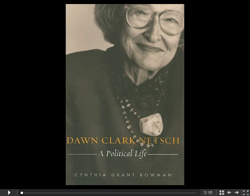 A ground-breaking Illinois politician who was one of the nation’s first female law professors has died at the age of 86.

Netsch was the first female nominee for Illinois governor and one of the first female law professors in the United States. “She has made a career of shattering a succession of glass ceilings in what was, not so long ago, a man’s world of law and politics,” the Sun-Times says.

In an interview after her 85th birthday, Netsch spoke with Windy City Times about the campus environment when she attended law school at Northwestern University. “It was male,” she said. “Law was basically not for women at that time. I was actually the only woman in my part of the graduating class in June ‘52. I still have the picture; I love it.”