In a BigLaw first, Orrick will pay new associates an extra $100 a month toward student loans 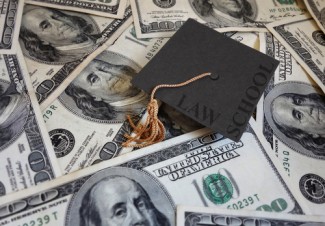 Orrick, Herrington & Sutcliffe announced on Friday that it will give a boost to new associates with student debt by paying them an extra $100 a month towards principal.

The new perk, scheduled to start in September, will be paid until the new associates are eligible for their first bonus, typically about 16 months after their start date, according to a press release and the New York Times. Both career-track and partner-track beginning lawyers are eligible.

The Orrick press release says it is the first large law firm to offer the benefit. Orrick is among several large law firms that connect associates with banks willing to refinance the lawyers’ student debt.

The Times found another, smaller firm that will begin offering money toward loan repayment for its new lawyers beginning this fall. The firm is Ward and Smith in New Bern, North Carolina.

Other law firms may soon jump on the bandwagon. The Times spoke with Tim DeMello, the founder and chief executive of Gradifi Inc., which helps companies tailor student loan payment programs for employees. DeMello said his company is working with an additional 20 law firms that are considering adding the benefit.

The Times notes a few drawbacks to loan repayment programs. The benefit is taxable. And such plans benefit one class of employees, using money that could be used for other benefits, according to economist Beth Akers, of the Brookings Institution’s Center on Children and Families.

“It’s a little bit like serving sushi in the workplace cafeteria,” Akers told the Times. “It’s great for those who want it, but not so much for those who don’t.”