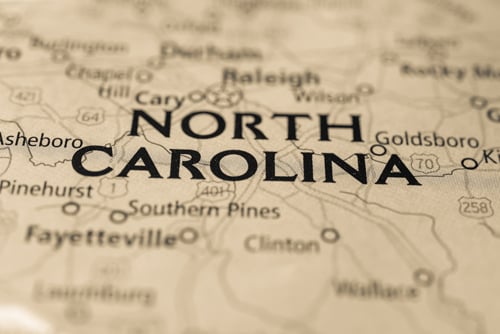 A federal court has ruled for the first time that a redrawn congressional map was unconstitutional because it favored a political party.

The special three-judge court struck down North Carolina’s map on Tuesday, report the Washington Post, the New York Times, the Raleigh News & Observer and BuzzFeed News. The court said North Carolina lawmakers should produce a new map by Jan. 29, and a special master will take over if the state doesn’t act.

The ruling is the first by a federal court to strike down congressional districts as partisan gerrymanders, according to the News & Observer and the Times. Other courts that have struck down maps based on partisan considerations involved state legislative districts.

A North Carolina lawmaker responsible for drawing the new 2016 map had said he intended to favor Republicans. A prior map had been struck down as an unconstitutional racial gerrymander in 2016. After the new map was adopted, Republican candidates prevailed in 10 of the 13 congressional districts in the state, even though Republican candidates received only 53.22 percent of the statewide vote.

The federal court found the remap violated the equal protection clause by discriminating against non-Republican voters; the First Amendment by discriminating against voters based on past political expression and affiliation; and the Article 1 election clause by exceeding the scope of constitutional authority to set the time, place and manner of elections.

The three judges included one from the Richmond, Virginia-based 4th U.S. Circuit Court of Appeals and two federal justices in North Carolina. A press release by one of the challengers, Common Cause, is here.