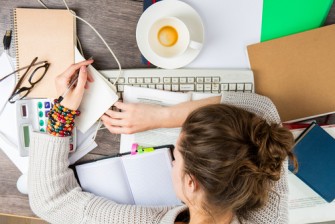 The number of law school applications has increased by 10.6 percent when compared to last year at this time, according to information released by the Law School Admission Council.

According to a U.S. News & World Report article, the LSAC also reports that students with higher LSAT scores were more likely to apply to law schools now compared to the prior admission cycle. Additionally, the LSAC information claims that as of Jan. 19, 2018, the number of law school applicants increased by 9.5 percent compared to the same time in 2017.

“Generally, two or three years after a recession, you start seeing people go back to law school, and one of the explanations is that immediately after the recession, as things start improving, people are doing better in their own jobs, so they don’t bother going to graduate school,” he said. “But then at some point, they don’t want to put their lives on hold forever, and for them to achieve their goals, they need to get a higher degree.”

According to employment data released in May by the ABA Section on Legal Education and Admissions to the Bar, the number of graduates of the law class of 2016 in jobs that require bar passage is down 4.1 percent from the class of 2015.

In what’s been called a “Trump bump” related to policies of President Donald Trump’s administration, there’s also been a recent increase in people taking the LSAT. The increase was 5.4 percent in February 2017, 19.8 percent in June 2017, and 10.7 percent in September 2017. As of Oct. 30, 2017, the number of registrations for the December exam was 21.4 percent above the total at the same time in 2016.

In June 2017, the LSAC announced that the LSAT would be offered annually six times, expanding from four. In January 2018, the organization announced that it would be adding an additional North America test date, on July 23. Between June 11, 2018 and June 3, 2019, the LSAT will be given seven times.