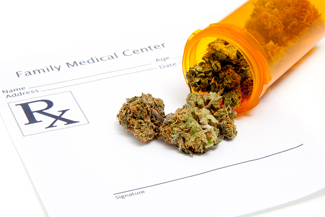 Allgreens operates a medical marijuana dispensary in Denver that is legal in Colorado.

But federal law still classifies marijuana as an illegal drug, which has made banks unwilling to allow Allgreens to open an account, the company says. As a result, it timely paid its taxes in cash–and has been penalized by the Internal Revenue Service for doing so, reports the Denver Post. An earlier Denver Post story provides additional details.

But the IRS has now agreed to refund the $25,000 extra that Allgreens has been charged in penalties, in a settlement of a U.S. Tax Court petition by the company challenging the IRS policy on cash payment, the newspaper reports.

Although the settlement does not legally bind the IRS to follow the same policy with other marijuana businesses, not applying it uniformly “would be as ludicrous as having applied it in the first place,” attorney Rachel Gillette told the newspaper. In addition to representing Allgreens, she also serves as executive director of the National Organization for the Reform of Marijuana Laws chapter in Colorado.