Is a fish a 'tangible object'? Not in this case, SCOTUS rules in parsing post-Enron law 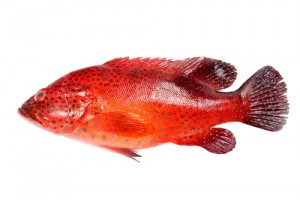 The U.S. Supreme court has ruled for a fisherman who contended a law barring the destruction of evidence does not cover an attempt to hide undersize fish.

Ginsburg said the law’s reference to “tangible object” applies to objects used to record or preserve information, while Alito said the phrase refers to something similar to records or documents.

The petitioner, fisherman John Yates, was convicted under the anti-shredding provision of the Sarbanes-Oxley Act, Section 1519, which bars destruction, mutilation, concealment or falsification of “any document, record or tangible object” with the intent to impede a federal investigation.

Sarbanes-Oxley was enacted in response to massive accounting fraud at Enron, Ginsburg pointed out. “A fish is no doubt an object that is tangible; fish can be seen, caught, and handled, and a catch, as this case illustrates, is vulnerable to destruction,” Ginsburg wrote. “But it would cut Section 1519 loose from its financial-fraud mooring to hold that it encompasses any and all objects, whatever their size or significance, destroyed with obstructive intent.”

The concurrence by Alito, which provided the fifth vote for Yates’ win, looked to the wording of the law, which refers to “any record, document, or tangible object.” When a statute has a list, Alito said, each word in the list presumptively has a similar meaning. As a result, “tangible object” should refer to something similar to records or documents.

“A fish does not spring to mind,” Alito wrote, “Nor does an antelope, a colonial farmhouse, a hydrofoil, or an oil derrick.”

Alito also looked at the verbs in the statute: “alters, destroys, mutilates, conceals, covers up, falsifies, or makes a false entry in.”

“Although many of those verbs could apply to nouns as far-flung as salamanders, satellites, or sand dunes, the last phrase in the list—‘makes a false entry in’—makes no sense outside of file keeping,” Alito said.

A dissent by Justice Elena Kagan argued that the term “tangible object” means the same thing in Section 1519 as it means in everyday language.

ABA Journal: “Fisherman convicted of violating Sarbanes-Oxley will be heard by the Supreme Court”

ABAJournal.com: “Does Sarbanes-Oxley apply to destruction of fish evidence? SCOTUS to decide”