Telltale signs of a union are confirmed: Andrews Kurth acquires all of Kenyon's lawyers 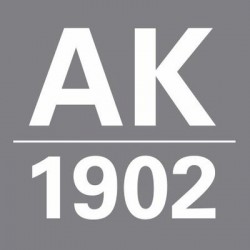 Updated: Andrews Kurth has acquired all of the lawyers from intellectual property boutique Kenyon & Kenyon, confirming evidence of a possible union.

The deal was announced on Monday, Law.com reports. Andrews Kurth will acquire all 55 lawyers from Kenyon & Kenyon, bolstering the size of the larger firm’s IP group to nearly 90 lawyers. Andrews Kurth is expected to have 429 lawyers in all after the acquisition and the arrival of new associates.

The announcement follows a report by Law.com (sub. req.) that found evidence of a potential merger.

An unnamed source in that earlier article said both firms had voted to approve the combination. But that wasn’t the only indication of the union.

A security guard told Law.com that Kenyon & Kenyon lawyers in Washington, D.C. had moved out of their office building; another unnamed lawyer said the lawyers moved into Andrews Kurth offices. A Law.com reporter called Andrews Kurth and asked to speak with lawyers from Kenyon & Kenyon, and the calls were sent to those lawyers. And someone had registered the domain name www.andrewskurthkenyon.com.

Rumors of a merger have circulated for a while. Kenyon & Kenyon had about 150 lawyers in 2014, but the number had dropped this summer to about 55 attorneys.

ABAJournal.com: “Kenyon & Kenyon is neither canceling nor guaranteeing its summer associate program”

Updated at 1:10 p.m. to report the acquisition was announced on Monday.