Is breakdown of 'bourgeois culture' to blame for society's ills? Law profs differ in op-eds 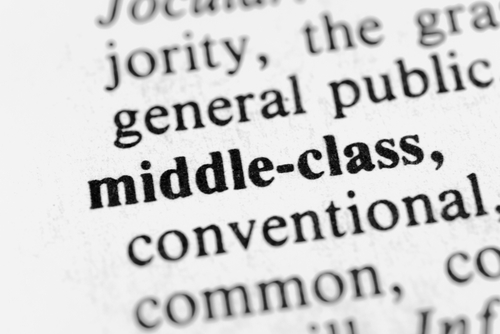 Is the breakdown of “bourgeois culture” to blame for societal ills such as unemployment, inner-city murders and schools that don’t adequately educate their students? The question is the subject of dueling op-eds by different groups of law professors published by Philly.com and the Daily Pennsylvanian.

The law professors argued that the culture laid out a script the benefited society. It included get married before having children, getting the education needed for a good job, working hard, going the extra mile for your employer, being a patriot, being respectful of authority, and avoiding drugs and criminal acts.

“Was everything perfect during the period of bourgeois cultural hegemony?” they wrote. “Of course not. There was racial discrimination, limited sex roles, and pockets of anti-Semitism. However, steady improvements for women and minorities were underway even when bourgeois norms reigned. Banishing discrimination and expanding opportunity does not require the demise of bourgeois culture. Quite the opposite: The loss of bourgeois habits seriously impeded the progress of disadvantaged groups.

“That trend also accelerated the destructive consequences of the growing welfare state, which, by taking over financial support of families, reduced the need for two parents. A strong pro-marriage norm might have blunted this effect. Instead, the number of single parents grew astronomically, producing children more prone to academic failure, addiction, idleness, crime, and poverty.”

In an interview with the Daily Pennsylvanian, Wax said “bourgeois values aren’t just for white people” and, “The irony is: bourgeois values can help minorities get ahead.”

The op-ed was countered by another group of law professors who wrote that the claims by Wax and Alexander “do not hold up to historical scrutiny.” The second op-ed, published by the Daily Pennsylvanian, was written by University of Pennsylvania law professors Sarah Barringer Gordon, Sophia Z. Lee, Serena Mayeri, Dorothy E. Roberts and Tobias Barrington Wolff.

“Nostalgia for the 1950s breezes over the truth of inequality and exclusion,” the second op-ed says. “ ‘Racial discrimination’ and ‘limited sex roles’ that the authors identify as imperfections in midcentury American life were in fact core features of it.”

“People of color were largely excluded from housing and education benefits in the GI bill for veterans,” workplace laws exempted domestic and agricultural jobs held mainly by African-Americans, and public school segregation persisted even after Brown v. Board of Education, they say. Before anti-discrimination laws, women could also be denied jobs and fired for pregnancy, the second op-ed says.

In addition, policies that led to mass incarceration “inflicted a cascading series of harms on communities of color,” the second op-ed says.

Statements about cultural superiority “cannot be revived today washed clean of their racist roots,” according to the second op-ed.