Is chief justice drifting to the left? Stats suggest the answer is yes, with a caveat 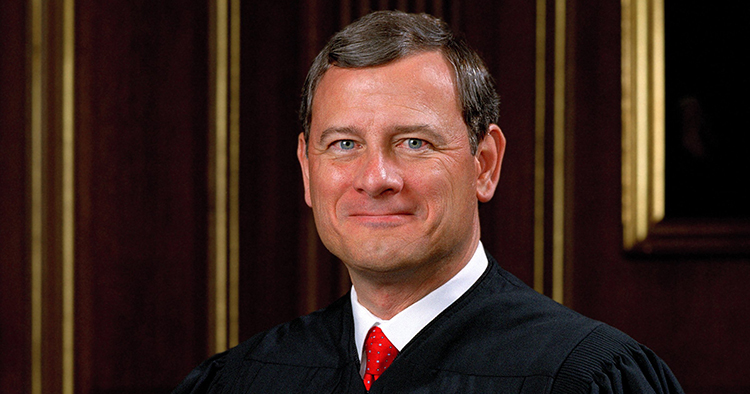 That’s the conclusion of the FiveThirtyEight blog, which looked at voting patterns for Roberts and other justices. “It’s relatively early in Roberts’s Supreme Court career,” the blog says, “but he is beginning to fit the historical pattern, at least quantitatively, of an ideological defector.”

As evidence, the blog cites so-called “Martin-Quinn scores” that place the justices on a left-right spectrum. A graphic accompanying the article shows Roberts shifting leftward, though he still is on the conservative side of the ideological spectrum.

The Martin-Quinn scoring puts Roberts to the left of Justice Anthony M. Kennedy’s score five years ago, and to the left of former Justice David H. Souter at some points in his career, the blog reports.

The Martin-Quinn scoring system is based on whether a justice voted to affirm or reverse in a case, without looking at politics or ideology, according to a 2007 article published by the Northwestern University Law Review Colloquy. Voting patterns and coalitions are analyzed, and each justice is then assigned a number that reflects his or her preference for conservative outcomes.

Another measure looks at Roberts’ vote in 5-4 cases. In those close cases, Roberts voted with liberals in 8 percent of the cases in the 2006 and 2007 terms. After that the percentage varied from 6 percent to 31 percent, ending at 28 percent in the 2014 term before Justice Antonin Scalia’s death created a yearlong vacancy on the court. “If you squint,” the blog says, “you can see a liberalizing trend, but it’s highly erratic.”

The blog spoke with legal experts who cautioned against reading too much into the leftward tilt. Roberts was in the majority in the Citizens United case, and he wrote the opinion invalidating provisions of the Voting Rights Act in Shelby County v. Holder. Partly because of those decisions, the experts doubted that Roberts “is in the early stages of some bloodless liberal judicial coup,” the blog said.

The blog points to controversial issues before the justices this term, including partisan gerrymandering and a bakery owner’s refusal to bake a wedding cake for a gay couple. “Chief Justice John Roberts may wobble,” the blog concludes. “No one but he knows where he will fall.”