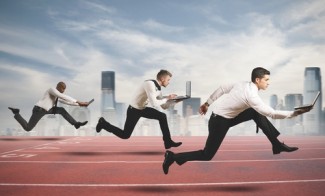 A New York Times story on the grueling workplace environment for Amazon workers has the newspaper reaching to BigLaw for comparisons.

The Amazon story told how the retailer pushed white-collar employees beyond their limits in a drive for innovation. Company founder Jeff Bezos believes that harmony is often overvalued in the workplace, and employees are encouraged to pick apart others’ ideas. Performance reviews can be punishing. Amazon employees can send praise and jeers about fellow workers to management using an Anytime Feedback tool.

Workers are ranked and those at the bottom are fired; the system, some workers say, has led to pacts to target one co-worker with criticism and to praise others. The competitive environment has led to 80-hour workweeks and little tolerance for those coping with illness or family problems. (Amazon has suggested those problems aren’t widespread.)

In a separate story, the New York Times says the legal profession and elite companies tout kinder workplace policies, even as “brutal competition remains an inescapable component of workers’ life.”

Among workplaces, the Times says, the legal profession is “one of the most brutal when it comes to pace and time commitment.” Firms following the Cravath model hire large amounts of associates but the pool is winnowed before partnership. Under the traditional system, only one in 10 or 15 lawyers became partners.

William Henderson, a professor at Indiana University Maurer School of Law, told the Times that the Cravath model is “alive and well and working wonderfully in major New York law firms.”

There is change afoot, however. According to the Times, “Alternative work arrangements are proliferating, and many previously elite firms are finding they no longer have the profits or the partnership slots to make the Cravath system work.”

Henderson told the Times that Amazon is “at the top of the food chain.”

“Maybe they can get away with it,” Henderson said. “But most firms can’t rank and yank.”