Is Department of Education data on student loan defaults an accurate reflection of law schools? 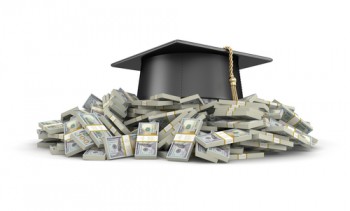 Among the thousands of schools listed in the U.S. Department of Education’s student loan default data released last week, 23 were law schools, all of which have individual identification numbers for participating in Title IV aid.

The institute for College Access & Success, a nonprofit group that works to increase the public’s understanding of student debt, designed a sortable spreadsheet with the data. Shannon Serrato, the group’s communication manager, told the ABA Journal that if a college submits one program participation agreement for all of its schools, those schools would be under one Office of Postsecondary Education Identification (OPE ID) number, which is what the Department of Education uses to track student loan default data.

There could be many more law schools with student loan default rates that aren’t included in the data, says Donald Lively, president of Arizona Summit School of Law.

Among the law schools with their own OPE ID numbers and a student loan default rate of more than 2 percent:

• Massachusetts School of Law at Andover, Massachusetts—4.8 percent (12 in default among 250 who entered repayment plans.)

There may be no way to answer the question of whether any law schools that share OPE ID numbers with affiliated universities have comparable default rates, says Jerome Organ, law professor at the University of St. Thomas School of Law in Minneapolis. Some of Organ’s work focuses on transparency in financial aspects of the decision to attend law school.

Lawrence Ponoroff, the dean of Michigan State University College of Law, also says that he knows no public information regarding student loan default rates at law schools that share OPE ID numbers with affiliated universities. He believes more information would be helpful.

“I think more transparency is always good,” Ponoroff says. “Student education debt is a major issue, and I agree that concern ought not be limited to just … freestanding law schools.”

His law school—formerly known as Detroit College of Law, an independent institution that entered into an affiliation with MSU in 1995—has a student loan default rate of 1.6 percent, according to the Department of Education data.

“We’re actually trending downward, so that’s a point at which I take some pride,” says Ponoroff, noting that the school’s student loan default rate was 2.1 percent for fiscal year 2013.

The information released by the Department of Education focuses solely on school’s cohort default data,says Aaron Taylor, executive director of the AccessLex Center for Legal Education Excellence. That doesn’t say much about law school student debt, according to him.

“The actual reality when we talk about how law graduates are managing student loan debt is probably understated by the cohort default rate,” he says.