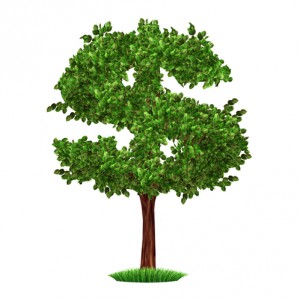 The New York Times is taking another look at the value of law school after critics said its story highlighting the struggles of Valparaiso law school grads had ignored some bright spots in the statistics.

The new story refers to research finding that the value of a law degree amounts to hundreds of thousands of dollars over a lifetime, default rates for law school loans are low, and the number of law firm jobs has jumped from 786,000 in 2007 to 870,000 in 2014.

Law grads who manage to attain jobs in BigLaw are reaping the rewards after several law firms hiked pay for new associates from $160,000 to $180,000, the new article points out. But not everyone is sharing in the largesse.

Law firm starting salaries are bimodal. In 2014, 17 percent of graduates earned a median salary of $160,000, but about half had a median starting salary of $40,000 to $65,000, the Times reports. And not everyone secures a job that requires or prefers people with JDs. Only 70 percent of the class of 2015 secured such jobs, the story says, referring to ABA figures analyzed by the Legal Whiteboard.

It is harder for graduates of lower-tier schools, some of whom are jobless or struggling, the article concludes. Law school isn’t for everyone, and students should be careful about the debt they are incurring. But “let’s recognize that for most, the data still shows that over the long term, law school can be a fruitful choice,” the story says.

The earlier article had spurred praise as well as criticism, according to this roundup by TaxProf Blog.