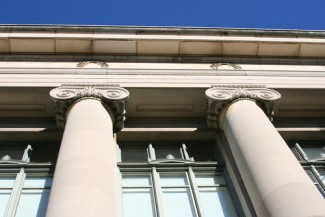 Some law professors are dropping the study of rape law from their criminal law classes—and others are considering it—because of complaints by sensitive students, a Harvard law professor says.

Writing at the New Yorker, Jeannie Suk says students seem more anxious about discussion of the subject today than at any other point in her eight years as a law professor.

About a dozen new criminal law professors at multiple schools have told Suk they are avoiding the subject because it’s not worth the risk of potential complaints. And many experienced law professors are considering dropping the topic from their classrooms, she says. Until the mid-1980s, Suk writes, the topic wasn’t covered by law schools, but “hard-fought feminist reforms attacked the sexism in rape law, and eventually the topic became a major part of most law schools’ mandatory criminal-law course.”

“Many students and teachers appear to be absorbing a cultural signal that real and challenging discussion of sexual misconduct is too risky to undertake—and that the risk is of a traumatic injury analogous to sexual assault itself,” Suk writes.

Student organizations representing women’s interests routinely advise students they shouldn’t feel pressured to attend or participate in classes discussing the subject, Suk writes. These groups ask for a “trigger warning” before the teaching of controversial subjects that might trigger traumatic memories. Some students assert that putting rape law material on final exams could hurt their scores.

One teacher told Suk of a student request not to use the word “violate” in class because the word was a trigger. Some students have even suggested dropping the subject of rape from classes because of its potential to cause distress, Suk says.

“For at least some students,” Suk writes, “the classroom has become a potentially traumatic environment, and they have begun to anticipate the emotional injuries they could suffer or inflict in classroom conversation. They are also more inclined to insist that teachers protect them from causing or experiencing discomfort—and teachers, in turn, are more willing to oblige, because it would be considered injurious for them not to acknowledge a student’s trauma or potential trauma.”

Suk says dropping the discussion would be a disservice to victims of sexual assault. In her classroom, Suk focuses on the tough cases. The issues include possibly ambiguous or misconstrued signals, how to express consent or nonconsent, the effect of a feeling of coercion, and the role of social inequality. She asks students to argue a side of the issue with which they may disagree.

“Now more than ever,” she says, “it is critical that law students develop the ability to engage productively and analytically in conversations about sexual assault.”