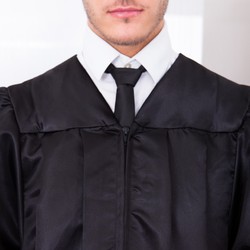 President Trump plans to announce his pick for the U.S. Supreme Court on Feb. 2, and he has reportedly shortened his shortlist to three possibilities. Or are there four possibilities?

Media reports have focused on a leading contender, a “dark horse” finalist and a judge said to be favored by Trump’s nominee for attorney general. Now some publications are saying the rumored three-person list is actually a four-person list, one that includes Judge Raymond Kethledge of the Cincinnati-based 6th U.S. Circuit Court of Appeals. Those publications include the Washington Post, the Wall Street Journal (sub. req.) and Bloomberg.

Even the four-person list isn’t a sure thing, according to the Wall Street Journal. “People close to the White House caution that the process is still fluid,” the publication reports, “and that other candidates could come into last-minute contention.”

Kethledge, 50, graduated from the University of Michigan Law School and clerked for Justice Anthony M. Kennedy. According to a November story by Bloomberg Big Law Business, Kethledge and Trump “have something in common—blunt opinions.”

Two Kethledge opinions in particular have garnered attention and conservative plaudits. In one of those opinions, Kethledge ruled on behalf of a tea party group that claimed it was targeted by the Internal Revenue Service. His opinion refused to interfere with a federal judge’s order that the agency disclose lists of groups allegedly targeted because of their political beliefs. And he scolded the agency for foot dragging. “At every turn the IRS has resisted the plaintiffs’ requests for information,” he wrote,

Another decision by Kethledge in 2014 won praise from the Wall Street Journal (sub. req.) as “opinion of the year” for its “hilariously caustic rebuke of the Equal Employment Opportunity Commission.” The opinion upheld a judge’s decision to exclude testimony by an EEOC expert who testified in a suit challenging credit checks on job applicants by Kaplan Higher Education Corp.

Kethledge said the expert used a “homemade methodology, crafted by a witness with no particular expertise to craft it, administered by persons with no particular expertise to administer it, tested by no one, and accepted only by the witness himself.” He also pointed out that the EEOC was suing Kaplan for using “the same type of background check that the EEOC itself uses.”

In another opinion, Kethledge found fault with an appellate brief by State Farm. “There are good reasons not to call an opponent’s argument ‘ridiculous,’ ” he wrote. Hyperbole in appellate arguments lacks civility and can push the reader away, he wrote. And there is a more simple reason State Farm should have avoided the statement, he wrote. “The argument that State Farm derides as ridiculous is instead correct.”