Is there a generational divide in BigLaw? Only 3% of managing partners are from Gen X 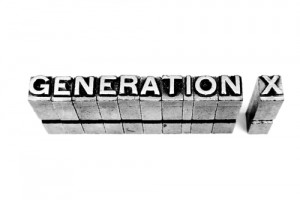 Baby Boomers are keeping their grip on control of large law firms, posing potential problems down the road.

Only 3 percent of managing partners at the nation’s top 100 firms are from Generation X, meaning they were born from 1965 to 1982, the New York Times DealBook blog reports, citing information from Heather Morse and Jonathan Fitzgarrald. Twelve percent are from the Silent Generation, born from 1925 to 1945, and 85 percent are Baby Boomers, born from 1946 to 1964.

An Altman Weil survey (PDF) found that, in 63 percent of larger law firms, partners who are 60 and older control at least one-quarter of firm revenue. Only 31 percent of the firms have a formal succession planning process.

According to DealBook “a generational divide is percolating just under the surface” in law firms. “Rising associates in the millennial generation, worried about the future, are pushing up against the current law firm leaders, who are almost uniformly older men intent on staying for a few more years to top off very successful careers.”

DealBook spoke with Indiana University law professor William Henderson, who said he doesn’t know of a single law firm that has “made the millennial shift.”

“Some law firms could crumble after this generation because they don’t have a lot to sell to the next generation,” he said. Though firms are worried about the problem, “most are tinkering in the margins.”

—At Bryan Cave, associates attend a “business academy” where they brainstorm ways to better serve clients.

—At Nixon Peabody, associates are allowed to carve out practice areas that interest them. One associate counsels craft breweries and another developed a drone practice, though he has since left for an in-house position.