Is your voice persuasive? Scientists study charismatic speakers for clues 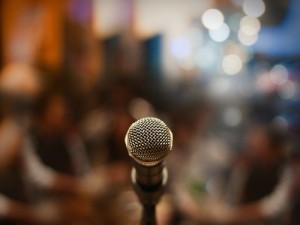 But scientists studying the voices of male political leaders in several countries say charismatic leaders use both extremes when speaking to large crowds, though they speak in low tones and stretch their voice less when speaking to other leaders, the Wall Street Journal (sub. req.) reports.

Rosario Signorello, an acoustic scientist at the University of California at Los Angeles, told the Wall Street Journal the findings of his research could help others be perceived as leaders. “It applies to politicians, to CEOs, to everyone who aspires to leadership status,” he said.

Women may want to tread carefully before trying to change their voice, however. Duke researchers found women who talk with “vocal fry” are perceived as less trustworthy and less competent. Vocal fry is lowering voice pitch to the lowest register possible, resulting in a creaky tone. An example is at the 50 second mark in the video below.