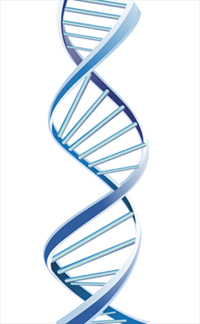 The U.S. Supreme Court has ruled in a unanimous opinion that human genes cannot be patented.

The court’s opinion (PDF) by Justice Clarence Thomas struck down patents on isolated DNA associated with an increased risk of breast and ovarian cancer. At issue in the case was whether isolated genes are “human-made inventions” that can be patented, or “products of nature” that may not be patented.

“We hold that a naturally occurring DNA segment is a product of nature and not patent eligible merely because it has been isolated,” Thomas wrote.

Myriad Genetics had obtained the patents after discovering the precise location and sequence of two genes known as BRCA1 and BRCA2. Those who have mutations in those genes have a much greater risk of breast and ovarian cancer. Indeed, actress Angelina Jolie opted to have a double mastectomy after discovering a defect in her BRCA1 gene. Critics say patents drive up the costs of such tests.

Despite the importance of Myriad’s discovery, the company was not entitled to a patent, Thomas said.

“Myriad did not create anything,” he wrote. “To be sure, it found an important and useful gene, but separating that gene from its surrounding genetic material is not an act of invention.”

The court did find, however, that synthetically created DNA is patent eligible because it is not naturally occurring. Such DNA is also known as complementary DNA or cDNA.

Justice Antonin Scalia joined all of Thomas’ opinion except for portions that are “going into fine details of molecular biology. I am unable to affirm those details on my own knowledge or even my own belief.”

SCOTUSblog founder Tom Goldstein says the opinion is significant for the biotechnology industry. “The court’s decision strikes a middle ground that likely will not be particularly disruptive,” he wrote at the blog.

The American Civil Liberties Union and the Public Patent Foundation had filed the suit challenging the patents. The groups had argued the patents obtained by Myriad Genetics allowed the company to control the cost of gene tests that are crucial to women making medical decisions.

Scientists can provide genetic testing without relying on cDNA, according to the ACLU. A press release quotes Sandra Park, senior staff attorney with the ACLU Women’s Rights Project. “Today, the court struck down a major barrier to patient care and medical innovation,” Park said. “Because of this ruling, patients will have greater access to genetic testing and scientists can engage in research on these genes without fear of being sued.”

Myriad Genetics issued a press release pointing to a section of Thomas’ opinion in which he noted that none of Myriad’s “method claims” were before the court. “Had Myriad created an innovative method of manipulating genes while searching for the BRCA1 and BRCA2 genes,” Thomas wrote, “it could possibly have sought a method patent.”

Myriad president and CEO Peter Meldrum said in a press release that the company has many method claims applying knowledge of the two genes. “We believe the court appropriately upheld our claims on cDNA, and underscored the patent eligibility of our method claims, ensuring strong intellectual property protection” for its genetic tests for breast and ovarian cancer, Meldrum said.

The case is Association of Molecular Pathology v. Myriad Genetics.

Updated at 11:40 a.m. to include press release information from Myriad Genetics.