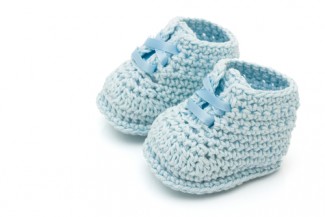 Realizing that a woman lying on the floor with a newborn on her chest had just given birth inside a crowded courthouse, dozens of observers began to cheer.

Staffers inside the Stanley Mosk Courthouse in Los Angeles hustled to get cardboard boxes to give AmberMarie Irving-Elkins some privacy, during a delivery that took about five minutes, reports KTLA.

A tweet from the Los Angeles Fire Department, which assisted, includes a photo of the red-faced infant, wrapped in a receiving blanket. The healthy boy, Malachi Amani Elkins, is her fourth child.

“There were two ladies that saw me, that were clerks; they were like, ‘You aren’t gonna make it, are you?’” Irving-Elkins told the station. They put her on a chair and called in a county sheriff’s deputy to help. Then it happened. “I had that contraction that hit me and brought me to knees,” she said.

She had gone to the courthouse to pay a bill.