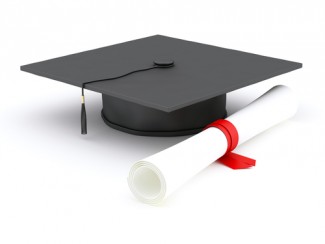 Between 2010 and 2014, net tuition declined the most at middle-ranked law schools, due to merit scholarship patterns associated with maintaining or improving rankings, according to a law review article by Jerome M. Organ, which looks at variable returns on investing in a law degree.

The University of St. Thomas School of Law professor’s findings were posted Thursday on Tax Prof Blog, and the full article is in the Autumn 2017 Journal of Legal Education. Organ relied on 509 Reports to determine law schools’ net tuition, based on listed tuition price as well as reported discounts from grants and scholarships.

The paper also looks at tuition costs by location. Organ found that for the most part, it’s very expensive to attend law school in California, Illinois, Massachusetts, New York and Pennsylvania. States that are the least expensive to attend law school tend to have public law schools. Those states include Arkansas, Hawaii, Idaho, Maine, Nevada and Utah. Organ notes that while Brigham Young University’s law school in Utah is private, it has a low base tuition.

Organ started the study a few years ago, using the data that was available, he told the ABA Journal. He’s thinking about doing a similar study with 2015 and 2016 data.

“Since 2014 the entering class size has remained flat, so it would be interesting to see if the (net tuition numbers) have continued to change,” says the Minnesota law professor. “Hypothesizing, I think the trends reflected have continued for 2015 and 2016.”

Organ’s findings of net tuition based on a law school’s LSAT range are similar to those of University of Pennsylvania’s Robert Zemsky, whose 2016 study Mapping a Contracting Market, found that law schools with the highest attrition rates and the worst LSAT scores still cost more than private institutions seen as second-tier or third-tier law schools. He estimated that if the law school market contracts further, it’s possible that between 10 and 15 schools will close.

Zemsky, an education professor, also serves on the board of trustees at Whittier College, which in April opted to close its law school.