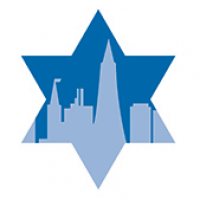 Updated: The Jewish Bar Association of San Francisco has launched a GoFundMe page with an unusual name to raise money for the Southern Poverty Law Center, an Alabama-based organization that tracks hate groups and seeks justice through litigation.

The page is called “Adopt-a-Nazi (Not Really),” report the Jewish News of Northern California and NBC Bay Area.

Cody Harris, a board member of the bar association, said the fundraising page is a response to the Patriot Prayer’s Freedom Rally that was scheduled for Saturday at Crissy Field in San Francisco. Harris said in a video posted Friday evening that the rally was cancelled.

He said his inspiration for the idea was a German town that responded to neo-Nazi marchers in 2014 by donating money to an anti-extremist group for each marcher.

According to a New York Times op-ed, the town’s campaign against the march became “a mock sporting event” that combated extremism with “humorous subversion.” The campaign raised money based on miles walked and was dubbed Germany’s “most involuntary walkathon.” Start and finish lines were stenciled into the street and signs with silly slogans were posted along the route.

Breaking News! from JBASF on Vimeo.