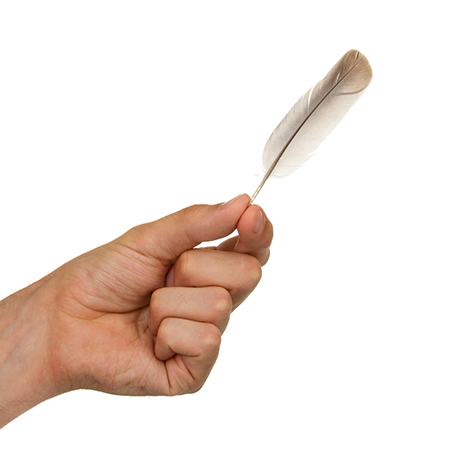 A New Jersey judge says he has “undertaken an education and enlightenment path” after giving controversial advice to a domestic violence suspect facing multiple charges.

Judge Steven Brister was accused in an Oct. 22 ethics complaint of telling the suspect that he should treat women “as if you’re holding a feather, just to let them know you’re the man and you’re in control.”

Brister says in a Nov. 29 answer to the complaint that his comments were “well-meaning but undeniably misguided.”

Patch and CBS News have coverage of the response, posted online Dec. 2.

Brister, a municipal judge, works part time in East Orange and on an acting basis, as needed, in Newark. He admits making the remarks Feb. 21.

The ethics complaint, filed by the New Jersey Supreme Court’s Advisory Committee on Judicial Conduct, has his full remarks.

“I’m going to tell you what I tell a lot of people with this same charge. Because all of these charges are the same,” Brister said.

“We, as men, and I can speak to you as a man, ‘cause I am a man, as well. We get frustrated with the women human beings. Because we try to straighten out a creation ‘cause they was created with a curve. But we as men, we think we above creation and we can straighten it out. No matter how much you try, or how you try to straighten out that curve, you can never do it.

“We get frustrated and then but, in our frustration you can’t come at them like you Mike Tyson and they’re in the ring like they’re Leon Spinks.

“You can’t do it. You can’t punch, you can’t hit. At best, you treat as if you’re holding a feather, just to let them know you’re the man and you’re in control. But in each of these five complaints it said you went at them like Mike Tyson.”

At an informal conference scheduled by the advisory committee, Brister was asked what he meant by “the curve” from which women were created.

Brister acknowledges that he answered: “When I was young, I was altar boy and so it says Adam was created from the curved rib of a man. So if you believe in a creation from a higher power, then that curve is the creation of the woman with the curve of the rib of Adam.”

Brister acknowledges improperly relying on religious concepts and wrongly inferring an inequality or other distinction between men and women. “The conduct was injudicious and the commentary inappropriate,” he said in his answer.

Since he made the remarks, Brister says, he has studied relevant disciplinary law, taken continuing legal education classes on bias, received training and counseling from his presiding judge, and received private counseling from Paulette Brown, a former municipal court judge who is a recognized expert on diversity.