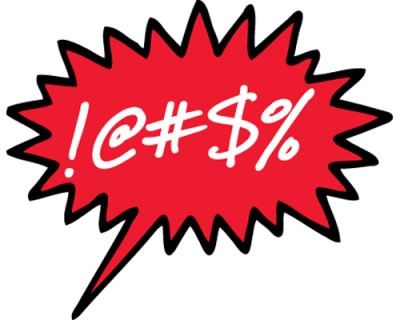 A South Carolina magistrate judge has been reprimanded after telling a plaintiff’s lawyer to “get the f—ing wax out of his ears.”

In an Aug. 31 opinion, the South Carolina Supreme Court reprimanded Judge Walter Rutledge Martin of Greenwood County for two outbursts, including the comment directed at the plaintiff’s lawyer. The court also directed Martin to complete 20 hours of anger management counseling, in addition to counseling he has already received.

Martin had admitted misconduct. He had explained that he was under stress at the time because of the demands of caring for a teen son with severe autism and epilepsy and because his wife had recently experienced serious personal and health-related crises.

The first incident occurred in September 2021. Martin was presiding in a jury trial when the defense lawyer sought a hearing on a motion outside the presence of the jury. During “a heated exchange” after jurors left, the plaintiff’s lawyer challenged how Martin knew of the defense motion, according to the opinion.

Martin told the plaintiff’s lawyer to “get the f**king wax out of his ears,” the opinion says. Martin then cleared his throat, apologized and repeated the sentence without the F-word.

At the end of the hearing, Martin apologized for using profanity and self-reported himself to the Office of Disciplinary Counsel. When the plaintiff’s lawyer was contacted by court personnel about reporting the incident, he refused to do so because he didn’t think it warranted reporting.

The second incident occurred in November 2021. Greenwood County clerk staff told Martin in a text at 5:30 p.m. that he was assigned to preside in a jury trial the next day. Martin then complained to the chief magistrate “in a loud and agitated manner and yelled at the scheduling clerk for failing to provide him timely notice of the jury trial,” the opinion said. He apologized to both people when he returned to his office.

Martin was in the car when he received the clerk’s text. Martin was on his way back from a hospital in Charlotte where his son had received a 24-hour electroencephalogram for his epilepsy.

Martin had enrolled in anger management after the 2021 incidents to avoid future outbursts. He reports the new treatment has improved his ability to cope with the stress of family life, according to the opinion.

Martin also submitted affidavits that say he is intelligent and even-tempered. One of the affidavits was filed by the lawyer subjected to Martin’s outburst in September 2021.

Martin admitted that his conduct violated ethics rules requiring judges to act in a matter that promotes public confidence in the judiciary and that require judges to be patient, dignified and courteous.

Martin was also publicly reprimanded in 2012 after losing his temper and telling a defendant in bond court, “I’ll beat you’re a– if you call me a liar.”

Law.com and the Post and Courier had coverage of the latest reprimand. The Legal Profession Blog linked to the opinion and provided highlights.

Martin’s lawyer, Robert Jamison Tinsley Jr., told Law.com that Martin had made great strides after enrolling in anger management and seeking additional health care for himself.