A judge in Washington was arrested at the courthouse Wednesday and charged with second-degree rape for the alleged sexual assault of a courthouse employee.

Judge Scott Gallina of Asotin County was also charged with fourth-degree assault with sexual motivation and indecent liberties, according to a press release by Washington’s attorney general. SeattlePI.com, the Lewiston Tribune, MyNorthwest.com, the Bellingham Herald and the Associated Press have coverage.

Gallina’s lawyer, Carl Oreskovich, told the Associated Press that the judge adamantly denies the allegations and plans to plead not guilty. Gallina is “looking forward to getting in the courtroom, cross-examining witnesses and exposing the truth,” Oreskovich told the AP.

Eleven women told the Washington state police that Gallina subjected them to varying degrees of sexual misconduct that included unwanted touching and inappropriate comments, according to a probable cause statement. Some women said they had adopted a buddy system, so that no one would be alone when going into his chambers.

The charges, however, relate to a woman who began working at the courthouse in May 2017. She told investigators that she didn’t report Gallina’s alleged conduct to supervisors because she liked her job and feared she wouldn’t be believed. She did, however, tell another employee. She also complained to the judge, who said he “could not help it because he liked beautiful women,” the probable cause statement said.

The woman said that, when she was called to Gallina’s chambers, he always locked the door. His misconduct began with inappropriate comments, hugs and shoulder rubs, all without her consent, she said. 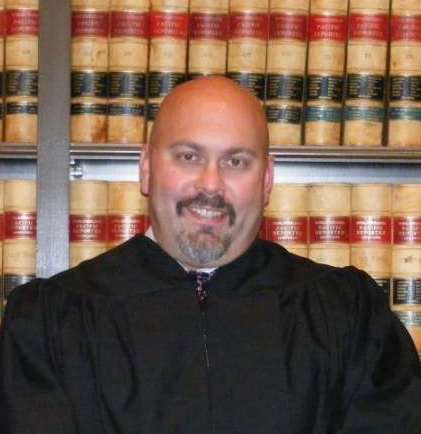 The actions progressed, and Gallina sometimes groped her under her clothing, the woman said. One time he ripped her blouse when she refused to lift it up, and another time he exposed her breasts and bit down, causing the skin to break, she alleged. In another incident, he allegedly removed his pants, and the woman ran from the room, she said.

In the most severe incident, Gallina placed her in a choke hold after he had approached her from behind while she was in a chair in his chambers and penetrated her with his fingers through her underwear, she told police in the probable cause statement.

Another woman provided investigators with a letter that she had written to Gallina telling him his actions were unwelcome and unwanted, and he must “cease and desist from the kissing, groping and the lewd and lascivious gestures and comments.” Gallina allegedly responded with a text that said: “I agree with you even though I don’t want to.”

The Washington state police began investigating after another woman had complained to the human resources department.