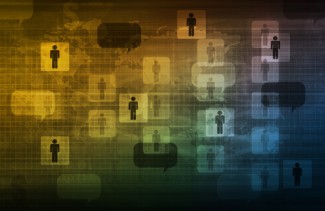 A state court judge in Georgia has refused to toss a $13 billion lawsuit alleging that Baker Donelsen and American Family Insurance conspired to spy on a litigant with illegally placed electronic devices.

Judge Kimberly K. Anderson of DeKalb County, Georgia, allowed all but one claim in the suit by Luisa Cruz Mezquital, Law360 reports.

The spying case stems from an auto injury lawsuit filed by Cruz Mezquital against a driver insured by American Family Insurance, according to Anderson’s opinion. Cruz Mezquital won a $30 million judgment, but the verdict was reversed on appeal. The case was remanded for a new trial. At that point, lawyers from Baker Donelsen replaced the defendant driver’s original counsel.

Baker Donelsen lawyers then hired Martinelli Investigations Inc. to investigate the extent of Cruz Mezquital’s injuries and ongoing activities, Anderson’s opinion says. In depositions, Martinelli Investigations investigators testified that they entered Cruz Mezquital’s property to attach GPS devices to her vehicles and to mount trail cameras on her property.

Cruz Mezquital’s suit says she became aware of the illegal surveillance before the retrial, when Baker Donelson produced some of the photos that were taken. A judge in the retrial said he would limit the evidence that could be used from the spying. The case settled before the trial began.

Cruz Mezquital then filed the spying suit in July 2021. She sought punitive damages of at least $12.2 billion from American Family Insurance and at least $1 billion from the law firm, according to prior coverage of the case. Other defendants in the case included a staff attorney at American Family Insurance and two former lawyers at Baker Donelson.

Anderson also ruled that a release signed by Cruz Mezquital after she settled the personal injury case doesn’t bar her claims in her new lawsuit. She also said the doctrine of res judicata didn’t apply because the causes of action in her car crash suit and the spying suit are entirely different.

A Baker Donelson spokesperson didn’t immediately respond to an emailed request for comment. A lawyer for Cruz Mezquital, Ben C. Brodhead, told Law360 that the ruling was expected because defense arguments lacked merit.