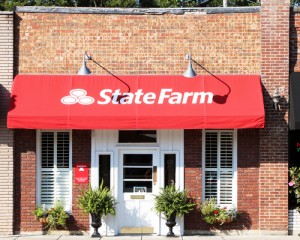 A federal judge in Illinois has certified a class action that claims State Farm lied about its financial support of a state supreme court candidate who won election and voted to reverse a $1.05 billion judgment against the insurer.

The suit claims State Farm violated the Racketeer Influenced and Corrupt Organizations Act with a scheme to defraud plaintiffs who had acquired the $1.05 billion judgment in their suit over State Farm’s use of generic parts in car repairs.

The suit claims State Farm provided as much of $4 million of a total $4.8 million in campaign contributions to Lloyd Karmeier, who won election in 2004 and voted the next year to overturn the judgment against State Farm. According to the suit, State Farm downplayed its involvement in the campaign.

State Farm plans to appeal, spokeswoman Missy Dundov told Bloomberg News in an email. The plaintiffs “have unsuccessfully asserted and reasserted these allegations for many years and should not be permitted to do so any longer,” she said.

Karmeier won re-election in 2014 and will become the court’s chief justice in October. He was not named as a defendant in the class action.